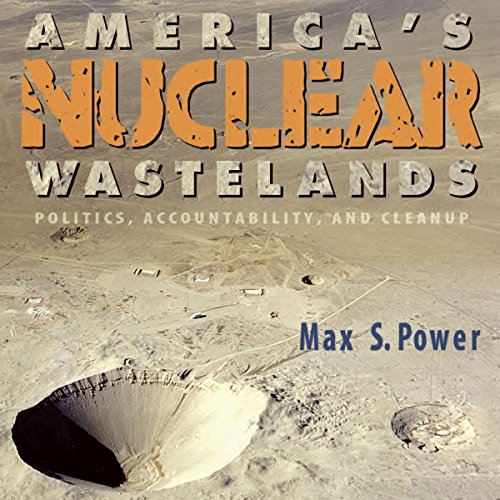 By: Max Singleton Power
Narrated by: Todd Belcher
Try for £0.00

After more than a decade of assessment, the Environmental Management Program estimated that it would need as much as $212 billion and 70 years to clean up the nuclear waste and contamination at 113 sites across the United States. By 2006, the Department of Energy had expended about $90 billion and greatly reduced risks from catastrophic accidents to both the public and its workers. Management of critical nuclear materials had become more efficient, secure, and accountable. Cleanup was complete at three relatively large and complex weapons productions sites, as well as many smaller ones.

Yet many problems remain. Long-lived radioactive isotopes discharged into the soil will persist in slow migration, contaminating nearby groundwater. And while their potential for disastrous explosions has been virtually eliminated, storage tanks containing high-level waste will continue to deteriorate, posing further environmental risks. The long-term nuclear repositories will require unremitting management to protect future generations, and additional facilities need to be developed.

America's Nuclear Wastelands presents an expert, yet straightforward overview of this complex topic, including nuclear weapons history and contamination issues. The author, a government consultant with a long career in Pacific Northwest nuclear waste issues, also explores the current institutional and political environment, demonstrating the critical role of public participation for past and future generations.

I like the book and learned a good deal. I wish more numerical or comparative detail (like Severts, Rads, and background radiation on earth and at 30,000 feet altitude) would have been included.