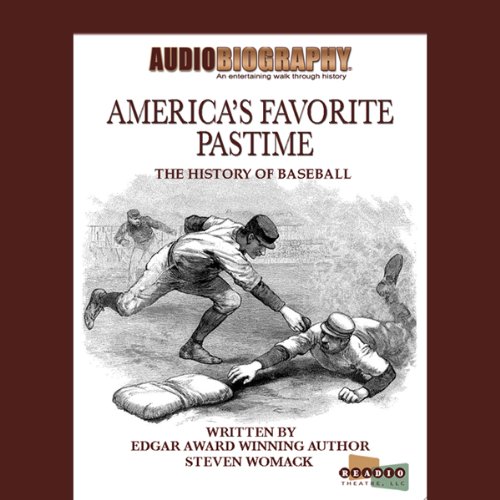 By: Steven Womack
Narrated by: Ron Jordan,Joe Loesch
Try for £0.00

Part 1 - For over two centuries, it’s been what Walt Whitman called “our game”. It’s America’s favorite pastime, our national preoccupation. It’s more than a game, more than a sport. It’s who we are as a people, as a culture. But where did baseball come from?

Part 2 - As baseball entered a new century, it became more poular than ever. All across the country, fans streamed to the ball parks. Along with this new popularity came a new breed of baseball hero. Men like John McGraw, Christy Mathewson, Johnny Evers, and Three-Finger Brown.

Part 3 - America enjoyed the wild ride of the Roaring '20s, but on October 29th, 1929, Wall Street crashed, and America slid headlong into the Great Depression. Several teams, including the Boston Braves, The Phillies, and the Cincinnati Reds, nearly folded.

Part 4 - After the Miracle Mets took the 1969 World Series in one of the greatest surprises in sports history, you’d think baseball would become more popular than ever. But the '70s were a trying time for the sport.

I hate baseball but as a fan of sports and as a fan of history, I decided to listen to this and had absolutely no regrets at all. This was a great book and a really fun listen. Two thumbs up!!