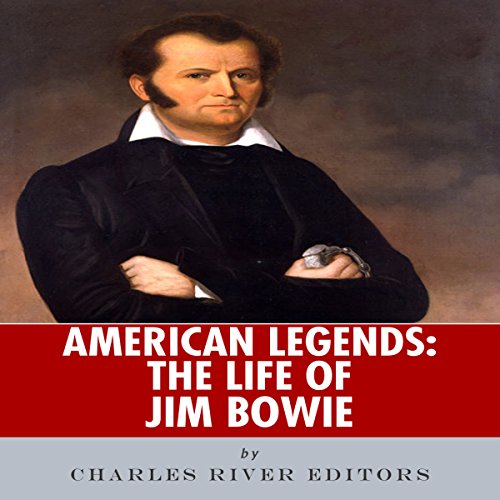 "I'll wage they found no bullets in his back." - Jim Bowie's mother, after hearing of his death at the Alamo.

A lot of ink has been spilled covering the lives of history's most influential figures, but how much of the forest is lost for the trees? In Charles River Editors' American Legends series, listeners can get caught up to speed on the lives of America's most important men and women, in the time it takes to finish a commute, while learning interesting facts long forgotten, or never known.

Jim Bowie is one of 19th century America's most famous names, even if what's known about the man is more legend than fact. Like Daniel Boone and Davy Crockett, Bowie has come to represent the pioneering spirit of the frontier, along with the masculinity, machismo, and swagger that earned him a reputation for fighting. And like any good legend, he is perhaps best remembered for his death at the Alamo than for any aspect of his life. Bowie's death and the defenders' defeat at the Alamo, did not have a decisive impact on Texas' War for Independence, but it became a poignant rallying cry in the immediate aftermath of the battle, and to this day, Americans associate it with patriotism, bravery, and determination. "Remember the Alamo" is still a widely used part of the English lexicon today, and the Alamo is a cherished piece of Americana.