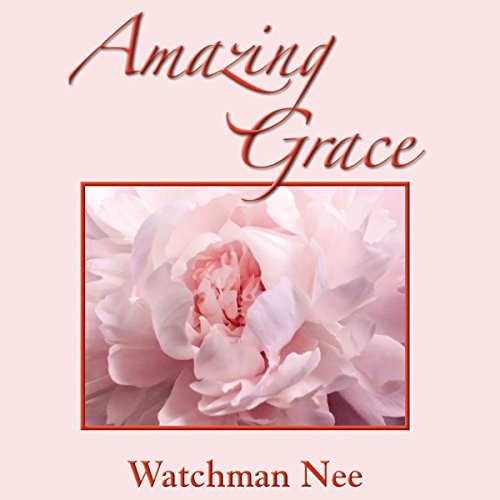 The Greek word for "came" is ginomai which means "has come"-signifying that that which before had never actually been in being in the world now begins to be so. In other words, grace actually commenced to be, yet not in God's mind, of course, but in revelation and actual existence down here on the earth (see Darby's footnote discussion on "subsists" in John 1:17). Mankind could not fully understand what divine grace is till it was revealed in Jesus Christ; nor could believing mankind fully apprehend the depth of that grace till it be found in Christ Jesus. Even today this so great salvation continually amazes those of us who have been touched by God's grace.

In August 1937 brother Watchman Nee gave a series of ten messages in Singapore on the Biblical theme of Amazing Grace. They were greatly appreciated at that time by those who heard. Now for the first time they have been translated into English for the benefit of the English-speaking world. May God use these messages to strengthen our faith.

What listeners say about Amazing Grace

was probably better as lectures

this was probably better in its original formatting of a series of lectures. it doesn't have the same focus and thematic direction so familiar to many of his other works.