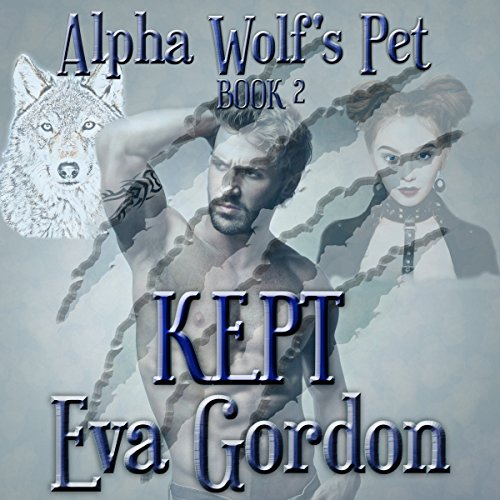 In the sequel to Alpha Wolf's Pet, Hidden, Mia has two choices: remain hidden from the Russian mob determined to murder her, or become a sworn member of Dominic's werewolf pack. Being Dominic's human lover is pleasurable while taxing. She wants more commitment than he can give. Except werewolves never marry humans. Carnal desires aside, will she accept her status within the pack in order to share what little time she has with Dominic until he takes a werewolf mate?

Dominic is torn. If he gives Mia beta status, his pack will mutiny. If he doesn't, she'll leave. Her stubborn independent nature will turn his world of strict pack rules upside down. He loves her, but his pack rules will never allow him to claim a human as his mate. Worse, he's drawn to Mia's addictive blood. Was one taste too much?

Despite breaking the witness protection rules and looming danger, Mia is determined to visit her ailing grandmother. Can Dominic protect her from the mob, as well as from his kind? As their passion reaches a fevered pitch, will circumstances crush their happiness?

Kept is an excellent followup to the first book on the Alpha Wolf's Pet trilogy. We get to learn about the wolf-shifter culture and how the dynamics in the pack work. Mia has to learn a lot and change her human behaviour and perceptions to be accepted by the pack. Dominic tries his best to manage both Mia and the pack. The situation is not easy on the couple, to make it work, they both have to do their part.

I wish the narrator hadn't changed. Augusta Rivers's performance is excellent, other than the fact she pronounces wolf as "woff" after a while gets really annoying. I was given a free copy of this audiobook at my request and have voluntarily left this review.

Not really my thing

I'm not sure it was time well spent. If I'd been reading the book I would have skipped or speed read to get to the end, but you can't do that with an audio book.

If you’ve listened to books by Eva Gordon before, how does this one compare?

This is the second of Eva's books I have listened to. I wasn't entirely convinced by the first one, and unfortunately this one was less convincing. The whole shifter culture revolves around humans as a lesser species with almost no rights; it is brutal and far too formal for me, and I'm not into BDSM either. The heroine, Mia, is a mix of petulant child and reasonable adult, so I kept liking then disliking her through the book. The hero (Dominic, the alpha wolf) seems inconsistent and unreliable to me. At one point he forced Mia to get naked in front of the pack (a big no no for starters). He told her he wouldn't let anyone else touch her, but she is groped by Oak, another wolf - it just annoyed the heck out of me.

Would you listen to another book narrated by Augusta Rivers?

No, I don't think so. Her accent is grating. She pronounces wolf as "woof" and wolves as "woofs" - no small issue in a book about wolf shifters! She s unable to pronounce foliage at all - she says "foilage" - they spend a lot of tie in the woods, so again, this was irritating.

Was Alpha Wolf's Pet, Kept worth the listening time?

No, I don't think so. Just not really my thing.

After listening to the first part of this series I could hardly wait to start this second one. I am enjoying it so much it is a brilliant story. Mia and Dominic are very much in love but it seems doomed to me. The authors way with words and the narrator's skills do a masterly job at pulling at my heartstrings. I feel so sad that pack law will probably end up breaking their hearts if a miracle does not happen. As in the first part, the underlying story of Mia being in hiding from the mob continues to be very exciting. There is everything to love about this series I would rate it a must read if you follow this genre.

Werewolves, Mobsters and Mother-in-laws...OH MY!!

What did you love best about Alpha Wolf's Pet, Kept?

The interactions Mia had with each of the pack members was interesting. Each one was unique and well defined. I like that the origins of the werewolf world is so different from other stories. Mia's struggle with pack society is a curious dynamic. Almost like going back to high school as an adult in my nightmares!

What was one of the most memorable moments of Alpha Wolf's Pet, Kept?

Without giving any spoilers....2 wordsPanty Sniffer

When Mia meets Mommy's mate pick for her son.

Augusta Rivers did an ok job of narrating, but Megan Kelly from book 1 is my preference.
I received this in exchange for an honest and unbiased review.

This a continuation of book1 and the story is a blend of drama, mystery and sexiness. It's a great read and it feels like it so real. There's nothing better than two characters who have such intense chemistry. This book has exceeded what I expected. Eva Gordon writing style is mature, erotica with a little of BSMD thrown in. Again this is another unique and refreshing story, it's fast pace, with the story flowing well together. I can tell you I read this book in a day, I could not put it down. Eva Gordon has a creative ability to build worlds with awesome characters that is great entertainment. The scenes will seem so real to you. I wasn't disappointed when I read this book. The secondary characters are a wonderful read. I like that there is some bad or darker parts to make you fully appreciate the good parts and this one is no exception! I excited to read the next book in the series because I want to know if love wins out. If you like to read a book about the unusual, then this is one. If you are in need of a fantastic paranormal shifter read and audio then listen and read this is one. Every book isn't for everyone so If this is not the kind of book or genre you like to read, skip this book. If you enjoy reading shifter romance with suspense and lots of action this is a great choice for your TBR list. Highly I recommend this book and the series.

If you believe in the world of paranormal romance, the possibilities are endless and fascinating!

Hard to stay invested in the narration, as the narrator changed between volumes. Will have to listen to again.

Well, no surprise: I liked this to! To bad it has a not so good narrator as the last one. Augusta Rivers is no Meghan Kelly! Acutely really far from it! The book suffers for it too, not only am i still liking the story. I am loving it. Eva Gordon is still keeping it HOT. That is why i am a bit sad about Augusta Rivers made me rethink if i liked this type of books.

I would give Augusta Rivers 2, 5 if that was possible. Good that Eva Gordon keeps it going steady at a 4,6 all out of 5. The story gets more meat (No pun intended) and i cant WAIT to next book! So i want to say: Loved the book, not the narrator.... I think that was pretty clear!

I was provided this audiobook at no charge by the author

This is the second in the series. Mia and Dominic are hot and heavy. Due to being Dominic's pet and human, Mia doesn't behave as she should majority of the time and causes more problems than normally. This is packed with action same as the first book. I look forward to the 3rd and final book of this series. Augusta Rivers did a good job!

I asked to receive this free review Audible book and wrote this unbiased review. This continuing story is filled with suspense, intrigue, and drama. Dominic and Mia are trying to find their way through the problems that exist between the human and werewolf world. This is proving difficult for Mia. Dominic will have to guide and save her. The narrator did a good job. I highly recommend this Audible book..

Loving this series! So many different interactions with all sorts of characters! I cannot wait to start book 2.
I am really liking this narrator Augusta Rivers

Like the other two books in this series. It’s a fantastic book and audiobook. You won’t be disappointed with it. Narrator did a fantastic job also.

I was so glad to see another narrator used from the first book. I will say that the first two narrators were light years ahead of the narrator used for the third book! I couldn’t even finish one chapter of that one.

I started this book immediately after the first and was happy with how the story and main characters were progressing. Heroine was still being stupid and disrespectful, alpha kept his cool and patience with her.

I think these books would have been better with a male narrator IMO. And unfortunately I won’t ever hear the conclusion due to the ridiculous narrator used for the third book. So my advice would be to sample all 3 audios before getting invested in the story.

This book took off where the first book finished.
Mia is still learning the ropes of being Dominic pet.
Dom is sent on a job which brings his mother into Dom’s
home and she sends Mia away.
Mia went and saw her Gram for the last time.
She gets court by the Russian mob
Will Dom get there in time to save his pet.
Great plot and plenty of action of all kinds.
Be aware it finishes on a bit of a cliffhanger.
I voluntarily reviewed a copy of this book.