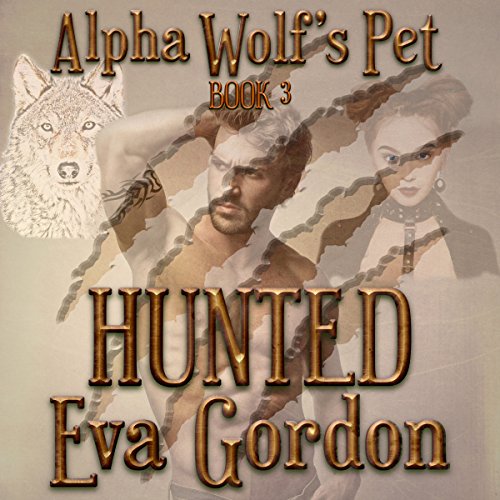 Living with werewolves is a lesson in Mia's fragility, and stretching the limits of their antiquated pack protocol wears on everybody's nerves. Nonetheless, Mia is an official member of their pack, and Dominic's lover. Satisfied with their romantic and sexy exclusive arrangement, Mia is devastated when Chandra, Dominic's fiancée, arrives during his absence.

Dominic is worried. Is his love for Mia really his addiction to her blood? Will she eventually become his blood mistress and belong to her, commanding his body and soul? Before he can resolve the issue, the Russian Chess Piece mob strikes his territory. Faced with the king's command to mate his werewolf fiancée and the mob, he has no time to explain before Mia does what she does best. She runs.

Danger looms for Mia and all werewolf kind as secrets are revealed about the mob pursuing her. But most disturbing of all, is the Lycan Intelligence Agency's sudden interest in Mia's DNA. Will new revelations destroy their love and crush their future?

Well that was a very satisfactory ending to a very good series. I enjoyed it immensely and I am sorry I have finished it. This last part was really nerve racking and scary with lots of excitement. I was breathing rather heavily and my heart was pumping away. I even shouted at my son a couple of times to get lost. He chose a bad evening to come and stay over. All I wanted to do was listen to the end of this story to find out if everything worked out ok. No spoilers from me, you will have to read it yourselves. All I will say is you won't be disappointed and it cost me a large bar of chocolate and a DVD to placate my son!

First of all, this is the concluding book in a trilogy that does require that the reader/listener experience the first two books in order to fully appreciate and understand the plot. That said, it also launches the spin-off series, Team Greywolf.

Eva Gordon has created a fascinating werewolf society that exists within and yet separate to normal human existance. This community has strict laws and an unbreakable hierarchy that can present a challenge to anyone with a backbone who isn't an alpha. Dominic is as alpha as they come and Mia is only a sassy, yet strong human. Following the rules proves difficult for Mia, much to Dominic's delight. They fulfill each other's needs and somehow manage to secure a relationship despite seemingly insurmountable odds. Throw in some strong characters with stronger opinions, the Russian mafia, a Chernobyl survivor, a little suspense, magic and some light BDSM, and this fast-paced, humorous book becomes very difficult to put down. I am looking forward to more books set in the same paranormal world.

Hunted is the last book in the Alpha Wolf's Pet trilogy and very entertaining. The storyline is excellent, engaging, and steamy, loaded with suspense, twists, and turns. I really liked the ending.

The narration by Christine Padovan made this review very difficult for me to write. I was not too fond of the way she read, her pace was off. She took a lot away from the story and the characters. I'm a fan of Eva Gordon, despite, my personal like of her, I couldn't enjoy this book because of poor narration.
I was given a free copy of this audiobook at my request and have voluntarily left this review.

Where does Alpha Wolf's Pet rank among all the audiobooks you’ve listened to so far?

What other book might you compare Alpha Wolf's Pet to and why?

This is a very unique book, can't really compare it to any other book.

Have you listened to any of Christine Padovan’s other performances before? How does this one compare?

Only in this series only.

Makes me cry and laugh.

Where does Alpha Wolf's Pet rank among all the audiobooks you’ve listened to so far?

this ranks in the top 5

What was one of the most memorable moments of Alpha Wolf's Pet?

how she did the different characters

An Amazing Conclusion to this three part series and I was really happy with how it all came together and the Rook gang was taken care of and I would really like to read and or listen to a spin off of this series! And I really loved how the Big Bad Wolf's pet is turned into his mate. And the New King encouraged this new development.

I loved this continuation of the series, Eva Gordon did an amazing job with this book.
I enjoyed Christine Padovan narration

Finishing the series with a bang!

Would you consider the audio edition of Alpha Wolf's Pet to be better than the print version?

I was not overwhelming fond of this narrator, but she still did a good enough job to make me enjoy listening over reading the book.

What other book might you compare Alpha Wolf's Pet to and why?

This book is unique. I really enjoyed the premise of the series and each of the characters personalities. Each character was well thought out and well defined.

All of them with 'Mommy Dearest'! That woman reminds me of my mother-in-law.

Several, but I don't give spoilers.

I really enjoyed this series. Books 1 & 2 I listened to in one sitting. I haven't seen tv in days!
I was given this in exchange for my honest and unbiased review.

A great way to wrap up things and show how there is a better future.

Would you listen to Alpha Wolf's Pet again? Why?

I totally enjoyed this book and the entire series. I liked the plot twists and never knowing who was on which side. Dominic is a hot alpha shifter werewolf. Mia is part of the witness protection program and trying to start a new life under the radar of the Russian mob. Can Dom protect her where the government has failed? Will she stay with Dom as his pet? Don't miss this great story. I received an ARC in exchange for an honest review.

What was one of the most memorable moments of Alpha Wolf's Pet?

I can't tell you without using spoilers.

The reading was clear but most of the times the monotony of her tone just made me crazy. Every other sentence sounded like a run on....or a question.

The story picks up with the normal day to day of Dom and Mia, but of course nothing is as simple in their lives. Soon the Chess Piece mob is back after Mia (of course they never stop). Chandra and Dom are ordered to marry by the King. And of course all that drama and action creates one bumpy action packed story. Nice job on the Narration!

Great Conclusion to a Great Series

I have listened to all three books in this series and they have all be really good The conclusion reached for Dom and Mia was really good and the future of the werewolves seems brighter now. I loved the new character who was introduced, Lev and hope Eva gives him his own story at some time in the future. He deserves his own HEA. I preferred the narrator for the first two books to this one but even the new narrator did not detract from the story.

His is the 3rd and last book in the series. It is a stand alone book with a wonderful HEA. I recommend it be read in order to get the entire story. I recommend this book to all shifter lovers. Could not put it down want to listen to it in one setting.