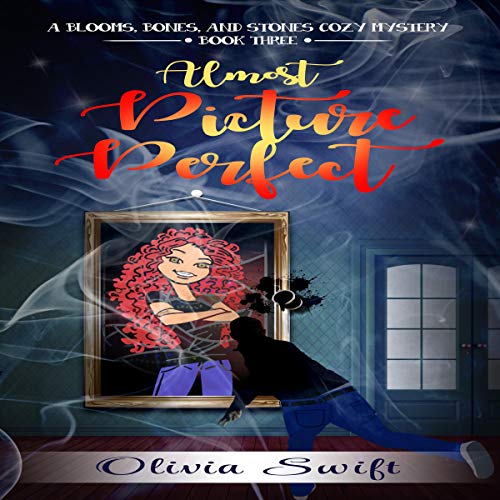 What can happen when two redheads meet and fall for each other?

Miller Hollenbeck - She’s in a job which she hates. In her spare time, she loves to upcycle furniture.

Miller Hollenbeck dropped the screw she was about to tighten with her electric drill and it slipped to the floor. The door dropped away from her hand and fell over onto her shoulder. She swore loudly and expressively and pushed the door to one side as she retrieved the escapee screw. Hanging doors was something she had learned how to do but it was never easy. Dressed in her favorite attire of jeans and a skimpy tee with a tool belt around her waist, Miller was determined to make this house just the way she imagined. She wanted to do it herself. As she straightened, she jumped as a voice spoke from the front porch.

Jules Callander - He’s a successful photographer, but his family has somewhat dubious connections.

“Jules is one fantastic photographer. Just so natural at it. His prints sell for big money.” Miller was curious after Evan’s remarks about his friend. As she sat with a drink before crawling between the sheets, she pulled up Jules Callander’s name on the web. “Wow,” she said out loud. “He is actually really famous and he was impressed by my handiwork. Well there’s a compliment I can live with.” She switched off the tablet and her eyes closed almost immediately. The work in the house and the evening meal at Jazz’s house was taking its toll. Sleep washed over her like a comfortable blanket. The last image in her head was Jules Callander pointing his tiny camera at her and the new front door.

What happens when you cross a crafty redhead with a redheaded photographer? Madness and mayhem, of course! Throw in treachery and deceit and you have a fast-paced story of romance and intrigue! Well written! Loved it! Great narration, brought the story to life!

This is a fun cozy mystery with plenty of suspects to keep you guessing as to what is going on. It has a little bit of romance to make the characters more real. Its the type of book you can sit back and enjoy with out it being complicated and long winded just right for car rides as you can easily pick up from where you left off. The characters were fun and obversely have a history but I started with this book so might have to go back a few books to learn more.
Miller is stuck in a job she hates but when a handsome man delivers a potted plant to her new home as a gift from a friend she has know idea her life is turned upside down when he helps her hang up her new door. He is a photograph and likes what he sees, both the door and Miller. When he bets her he can sell the photo he has just taken it ends up in a gallery and she ends up with a date. But his family has other ideas for him and with an unwanted betrothed strange things start to happen to Miller and things get damaged. Will Miller's heart be one of them?
The narrator was easy to listen to and made the story fly by.

What a wonderful way to continue this series. It had it all, romance and mystery.

Miller and Jules are a delightful and charming couple. They have some great friends and some not so wonderful family members. Engaging and entertaining story.