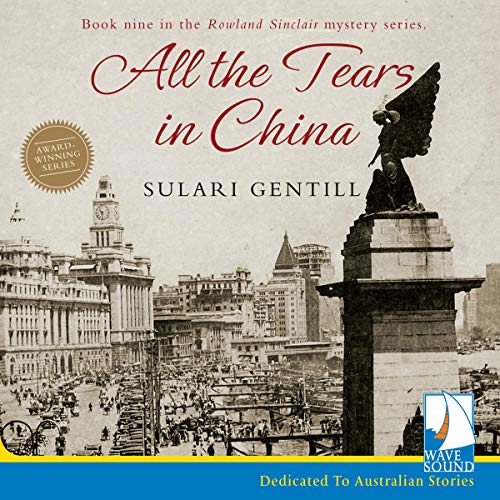 All the Tears in China

By: Sulari Gentill
Narrated by: Rupert Degas
Try for £0.00

Shanghai in 1935 is a 20th-century Babylon, an expatriate playground where fortunes are made and lost, where East and West collide, and the stakes include life itself.

Into this, Rowland Sinclair arrives from Sydney to represent his brother at international wool negotiations. Rowland is under strict instructions to commit to nothing...but a brutal murder makes that impossible.

As suspicion falls on him, Rowland enters a desperate bid to find answers in a city as glitzy as it is dangerous, where tai-pans and tycoons rule, and politics and vice are entwined with commerce.

Once again, the only people Rowland can truly trust are an artist, a poet and a free-spirited sculptress.

What listeners say about All the Tears in China