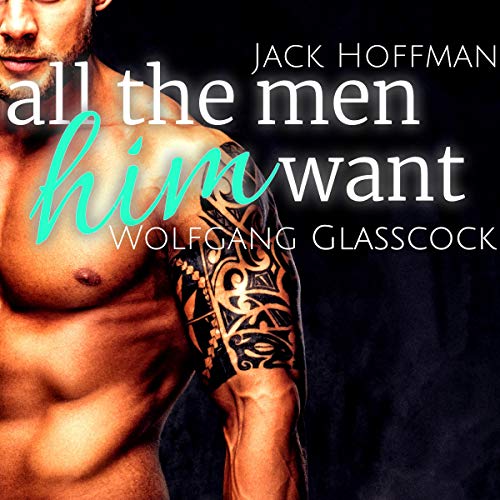 All the Men Want Him

By: Wolfgang Glasscock
Narrated by: Jack Hoffman
Try for £0.00

Brian hates serving the rich at Simpson Incorporated, but what’s a waiter to do? The tips are okay, the venue is grand, and there’s plenty of eye candy at which to gawk. After fleeing his outrageously homophobic parents, Brian thinks his new life in Washington, DC, is certainly an upgrade.

But then he’s chosen to announce the world’s first trillionaire to the club’s fabulously wealthy elites.

The problem? The trillionaire, Vincent, is Brain’s fated mate. Moreover, Brian grows pregnant with child after a steamy encounter with Vincent, and soon, he's swept into a world of restless, well-groomed men. Vincent is the man Brian wishes he could be, although Brian doubts whether he can stay with such a suave alpha male outclassing him.

As his belly swells, Brian realizes his own pride, embarrassment, and inferiority complex hold him back from Vincent and other pack mates.

But will Brian rob himself of a perfect romance? Or will he accept the fact that all the men want him?

What listeners say about All the Men Want Him

so so SO disappointing.

while I've read a few of Wolfgang's books, this one was actually kinda gross. his descriptions of the sex scenes were full of descriptive words that totally ruined the scene. I don't think Ghostbusters used the word slime/slimy as much as was in this book. The chemistry between the characters was just not there. and the MC was all over the place. Almost like his personality traits were interchangeable to suit different scenes, so he wasn't relatable at all. sorry, but I think this would need re-editing, to at least make the sex scenes a little sexier, and not like you're describing slugs mating in the wild.