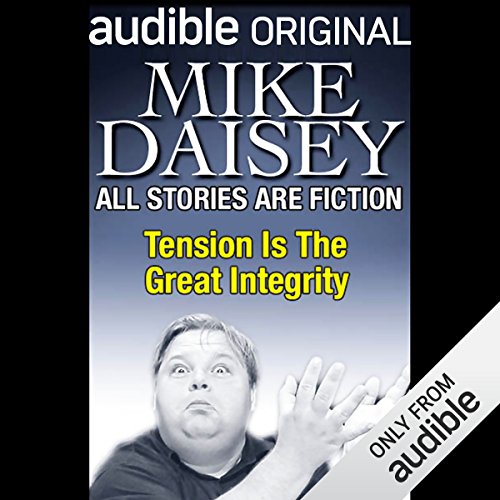 In Tension is the Great Integrity, the passing of the Pope and conflicting feelings about Catholicism are touched on, as is Mike's trouble with writing deadlines for an independent film to be made in Copenhagen. Papal musings come head-to-head with evocative and mournful Scandinavian imagery like "a cup full of black ravens sits before me and I live in a profound desolation of the self". Yes, it's funnier than it sounds.

What listeners say about All Stories Are Fiction

Daisy is very entertaining as a writer struggling with procrastination, writer's block, getting a screenplay done for his movie producer friend and living in NY City. But this recording was done in some NYC club, and it's not suitable for listening to as an audio book. Sometimes he brings his voice down to a whisper, and a moment later he's shouting at the top of his lungs. That's great for comic effect if you're sitting in the audience, but not if you're trying to listen on the go. Give this one a pass until they re-record the session.