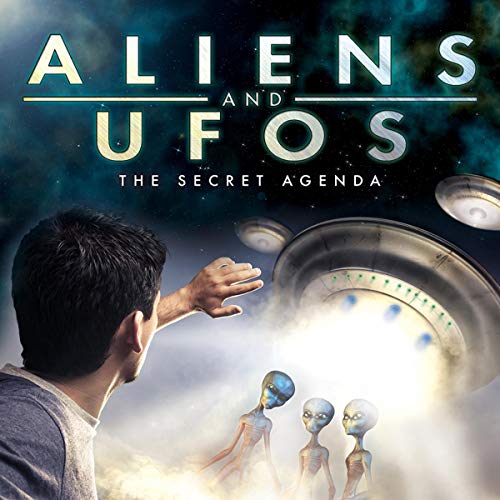 Shocking UFO cases proving that we are definitely not alone in this universe regardless of what our governments put forth. Featuring over 11 hours of stunning evidence, you will hear eyewitness accounts from all around the world of everything from UFO sightings to deep state cover-ups, and even alien space travelers visiting our ancient ancestors. Not only are aliens here now; they have been here for centuries.

Multi Dimensional Encounters: Hear from personal experiencers about bizarre encounters with alien entities, UFOs, and even angels in this fascinating exploration into the unknown.

UFOs Are Here, Why Is Our Government Covering it Up?: Learn the amazing details and facts they DON'T want you to know: UFOs are real. The government and military forces know it, and they have made contact.

Aliens and UFOs Encounters: Those who don't believe that aliens have invaded our planet will be amazed and bewildered by countless UFO sightings that defy explanation by credible witnesses.

When Aliens Roamed the Earth as Giants: Learn of a time when there were giants upon the Earth, and see the actual evidence and artifacts from a time when man lived amongst the original gods from outer space.

Astronauts and Our Ancient Ancestors: Mesopotamian prophets foretold of an unknown planet approaching Earth, becoming visible to mankind, and ushering in a new era. Learn of a time when man lived amongst alien beings.

Enchanted England: Step into a world of magic and mystery as we reveal the truth about ancient stone monuments, crop circles, and the mystical lore surrounding amazing phenomena.

What listeners say about Aliens and UFOs

Narration was clumsy and the book followed no discernible format. Production was very amateur which made for a tough listen.