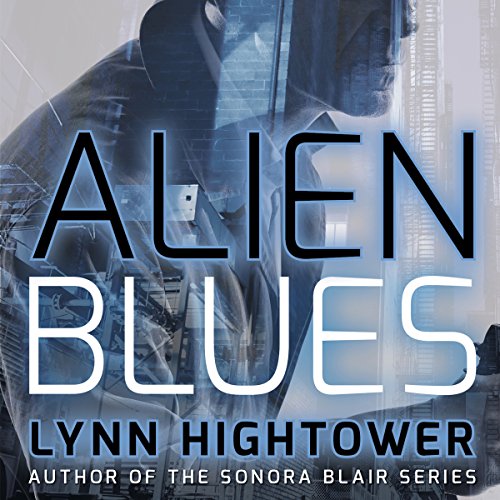 By: Lynn Hightower
Narrated by: William Dufris
Try for £0.00

A jaded homicide detective working a serial murder case is teamed up with a new partner - a law enforcer from an alien race. Big-city life in the near future is full of violence and tension for Saigo City homicide detective David Silver. His latest assignment is to track down a serial killer dubbed "Machete Man" because he hacks his victims to pieces. But Silver and his partner Mel Burnett just caught a break: One of Machete Man's intended victims - an elderly woman who would've been number six - escapes. And the killer left some DNA behind. Too bad the bureaucrats in charge have brought in a third wheel to assist the Homicide Task Force. Hailing from a superior race gifted with advanced technology, the Elaki have come to Earth to advise in everything from politics to medicine to big business - and now, it seems, police fieldwork. Standing seven feet tall with scales that ripple in the breeze, String resembles a stingray and smells like fresh lime. But he's turning out to be an unexpected asset in a case that's quickly morphing into something even more sinister: a far-reaching conspiracy that could leave a lot more people dead, including Detective Silver. A twisting, complex crime tale with intriguing characters, including Silver's DEA-turned-enforcer wife, Rose, and an Elaki named the Puzzle Solver, Alien Blues realistically depicts a world in which aliens and humans can coexist.

What listeners say about Alien Blues