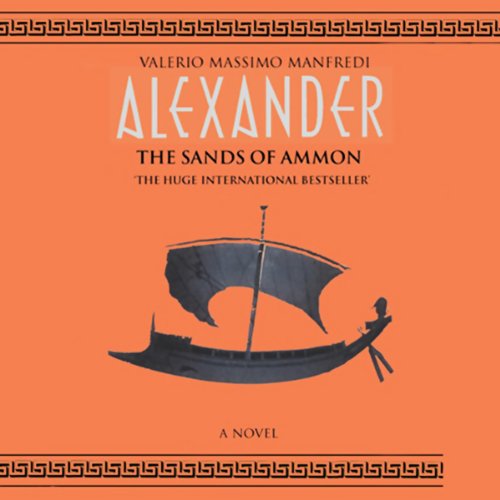 Alexander's epic quest continues. In a seemingly impossible venture, Alexander and his men storm Persian fortresses and harbours, crippling King Darius' domination of land and sea. Even the legendary Halicarnassus is defeated by the Macedonian armies. Ruthlessly, Alexander's war machine moves ever onward, taking him up into the snow-covered Anatolian highlands, and ever closer to his destiny.

But there is much danger ahead. Despite the defeat of Darius, the Island City of Tyre and the Towers of Gaza prove to be formidable obstacles. Undeterred, Alexander surges forth over land and sea to the mysterious land of Egypt. And there, in the sands, lies the Oracle of Ammon, waiting to reveal an amazing truth to Alexander - one that will change his already amazing life.

if you wish to be transported to one of the world's finest(if not the greatest)then start your journey with this trilogy.

I bought this before a trip to Greece. An ideal scene setter for the holiday. I have read many of Manfredi's books and was relishing the Alexander books. However, this is the single worst audio book I have ever bought. The summary makes it disjointed and marginalises really important parts (such as the flight of Darius) Jacobi is a brilliant actor but it sounds like he recorded this everytime he had a spare moment. Utter rubbish and what's worse is I have the next one too.

I'm amazed by the story telling of this great narrator. Highly enjoyed it.
Thank you