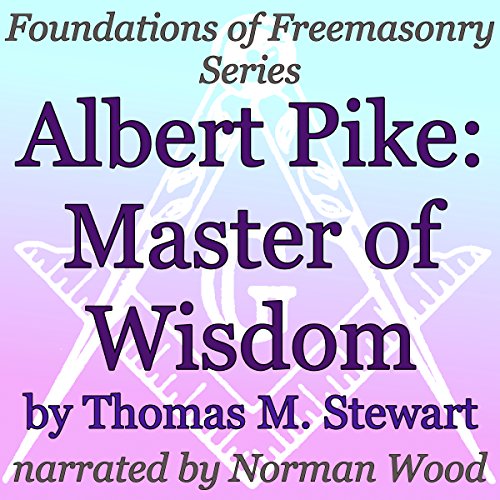 By: Thomas M. Stewart
Narrated by: Norman Wood
Try for £0.00

Thomas Milton Stewart (1866-1945) was a physician from Ohio, as well as a prolific, although rather unknown, writer of Freemasonry, Theosophy, and philosophy. This particular piece was originally an oration given by Brother Stewart, on the occasion of December 29, 1909, at the Pike Centennial Anniversary, in Wheeling, West Virginia. He speaks about the concept of True Initiates or Masters of Wisdom. Stewart believed that these Masters of Wisdom have been present throughout history, helping to storehouse secret, initiatory knowledge for future generations to pass on, particularly during times when the leadership was intellectually bankrupt and incapable of "passing on" this knowledge, as was originally intended. It's clear that Stewart rightly considered Albert Pike to be one of these Masters of Wisdom, likening him to men such as Plato and Pythagoras.

What listeners say about Albert Pike: Master of Wisdom

Can anyone please convince Dennis Logan to narrate Morals and Dogma????? Any day now, or the angry person from the Masonic Books channel in YouTube.

I expected more content a longer presentation and more relatable information to the subject at hand. The sample was misleading as to the discernable material content , it seemed to offer more than it actually has.

lots of Knowledge from Masonic wisdom to Judaic mysticism, a lot of nuggets in a short period of time.