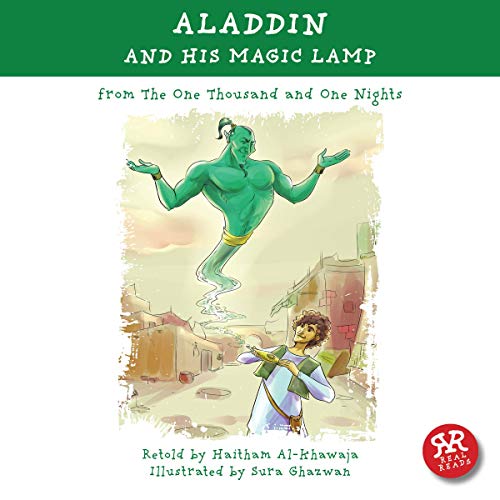 Aladdin and His Magic Lamp

By: Haitham Al-Khawaja
Narrated by: Rob Penman
Try for £0.00

As soon as Aladdin started cleaning the lamp there was a sound like a clap of thunder. A swirling cloud of smoke filled the room, changing until it formed the outline of a huge green figure.

Aladdin and his mother live a poor and humble life. Then one day Aladdin meets his long-lost uncle and his life is changed for ever. Can his new friend be trusted?

When Aladdin persuades the sultan to let him marry the beautiful Princess Badroulbadour, he thinks his happiness is complete. But what will the sultan's vizier do now that his own son's chances of marrying the princess are doomed to failure?

It seems that Aladdin's beloved princess has been lost forever when he angers the evil sorcerer. Can Aladdin think of a way to bring his wife and his elderly mother back to safety?

What listeners say about Aladdin and His Magic Lamp