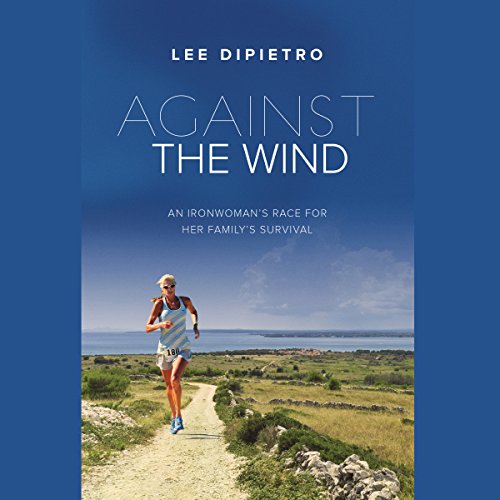 By: Lee DiPietro
Narrated by: Sasha Dunbrooke
Try for £0.00

To one woman, running was more than a passion - it was a lesson in perseverance. Lee DiPietro discovered the exhilaration of endurance athletics when she ran her first half marathon in her late 20s. From that day forward, she took on every marathon that she could, and, despite having to juggle her running with her responsibilities as mother and wife, she quickly established herself as one of the best runners in the United States. Over the next 30 years, Lee won race after race, running in everything from local competitions to the three most challenging endurance races: the Boston Marathon, the New York City Marathon, and the Ironman triathlon.

What she did not know, as she climbed the ranks of the running world, was the struggle her family would face and the role her running would play in helping her persevere in the face of great adversity. When Lee's husband was diagnosed with cancer and her son suffered a devastating accident, she found herself falling back on the lessons she had learned as a marathoner to help her endure the sudden family trials. In Against the Wind, DiPietro takes us through her harrowing yearlong fight for the lives of her husband and son. Despite the great difficulties she faced, throughout it all remained her love for running. Against the Wind is a story that will resonate with listeners whose lives have been affected by cancer as well as those who are dedicated to endurance sports. It proves that running is a tool to save lives - far from just a sport and test of one's mettle.

What listeners say about Against the Wind

This book was great it made laugh, cry and smile, give it a go today

This is what an Ironwoman is like! I loved it.

Where does Against the Wind rank among all the audiobooks you’ve listened to so far?

There were several but I actually go teary eyed when Lee talked about her son being able to walk again and again when her husband's one year follow up appointment.

The narrator is fantastic. She made this book more enjoyable. I loved the straightforward way the author put herself out there, good, bad, tragic, happy, tough and even tougher. As a runner I have felt some of what she talks about in terms of needing to problem solve and not give up easily. I can only imagine that is X10 when you add biking and swimming to the mix. She has heart and a very inspiring person. I listened to the book during my long commute to work and she really made the time pass enjoyably. I even took it along with my on my run and I was so in to it that one day I ran 3 extra miles just so I could hear the rest of the good part! If you enjoy memoirs about how people can be inspiring and persevere even when life keeps dealing them blow, after blow, you will really like this book. I highly recommend it.