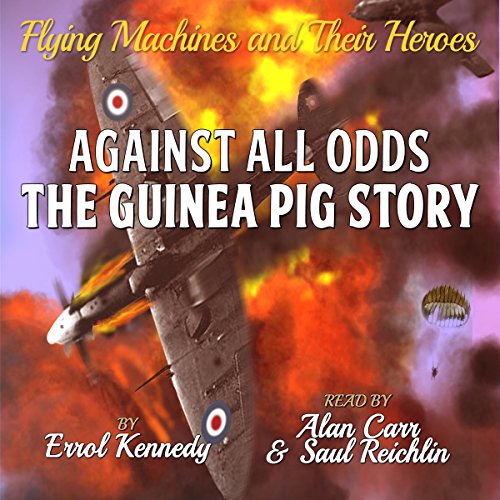 Against All Odds: The Guinea Pig Story

The second book in this series follows the history of the "Guinea Pig Club". Founded by the brilliant plastic surgeon, Sir Archibald McIndoe, this is probably the most exclusive club in the world, and one no one would want to join given the chance. McIndoe directed operations, re-constructing his patients and inspired them to rebuild their own lives. The spirit of the Guinea Pigs, over 600 brave young men who weren't defeated, but rose again to victory, has lived on for 60 years, and this is the remarkable story of those heroic men and the vital battles they fought, both in the air and on the ground.

What listeners say about Against All Odds: The Guinea Pig Story

The Guinea Pig Club tells a true story about a group of people who who sustained horrendous disfigurements during WWII and the group of men and women who helped them return to normal society. Errol Kennedy does a brilliant job in chronicling this period in history.