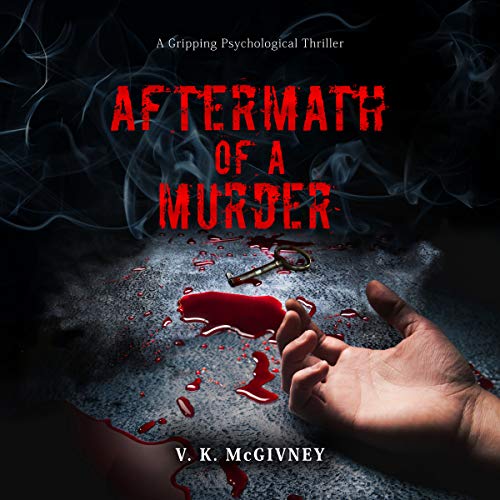 Aftermath of a Murder

Why was accountant Howard Armstrong murdered when he was leaving his office one afternoon?

After her husband is gunned down by an unknown assailant, his traumatized widow, Karen, is left to bring up three children on her own. The shock of his death is intensified when she discovers that Howard had been leading a secret life of which she was totally unaware. Devastated by the revelations emerging from the murder enquiry, she is determined to keep her children from learning the terrible truth about their father. To escape gossip and press intrusion, she takes them on a short trip to Wales.

On their return, she sinks into depression and is persuaded by a friend to undergo psychotherapy. The police announce that they have arrested a suspect, but it is Karen herself who finds a vital clue leading to the discovery of the identity of Howard's real murderer.

What listeners say about Aftermath of a Murder

I was provided with a free copy of this audiobook in return for an honest review.

Without giving too much away, this is a wonderful study of what happens to the family of a murder victim when it is discovered that things aren't what they seem.

Karen is a genuinely sympathetic person who has three children and has just learned her husband has been shot. The story is delicately written as more information about the murder is revealed and Karen learns that her husband had been keeping secrets.

With the help of a family liaison officer who seems to be willing and able to provide her with support, the story focuses on how she and her children have to cope with the press, the future and the lies her husband told them.

I loved this study of the emotional journey the family had to go on to deal with the murder of a family member, and then the idea that he had lied to them about important parts of his life.

The narrator for a story like this had to have the right tone for the main character to help you empathise with her, and in this case I would say that Nano makes a perfect narrator. She captures the helplessness Karen feels as life continues to throw more things at her.

To hear from the side of the family. The aftermath quite honestly is terrifying
Though the teen daughter drove me mad I could understand the trauma & secrecy would be driving her mad too.
Her Mam the weight she had to carry, awful so called friends. New friends and support.
Honestly I could go on. This story really goes into so much. It’s addictive.
Great tale, a new look at a thriller for me.

What made the experience of listening to Aftermath of a Murder the most enjoyable?

It was well crafted with very believable characters, the story was entertaining.

What was one of the most memorable moments of Aftermath of a Murder?

The point that Karen realized her husband led a double life.

Really loved this one! It's a mix of a psychological thriller and mystery, telling the story of family coping with the murder of a husband and father, and wife coping with the sordid details surrounding his unknown life. No more spoilers, just listen! Would compare this one to Clare MacKintosh's work. Excellent, can't wait to see more from this author! ***This book was given to me for free at my request and I provided this voluntary review.***

Interesting take on the crime novel.

I was given this free review copy audiobook at my request and have voluntarily left this review. Although it starts with a murder, it felt a bit slow. It picks up with the victim's/dad's past.

"I was given this free review copy audiobook at my request and have voluntarily left this review."
The story is not what I was expecting, but overall it was a good listen. I was a little disappointed with the ending but aside from that it's a good story.

After the murder of her husband this single mother has to learn to live with the ugly secrets that come to life during the investigation while trying to protect her children from a truth so horrible that it had to come out eventually.

The narrator does a very good job with the narration.

I received this audible free and am happy to give my honest unbiased review.

I don't hand out 5 stars lightly. "Aftermath of a murder" earns everyone of them. First off the title is perfect. The book starts off with a murder but the story is about way more then just finding out who was the killer. V K McGivney has a very engaging style of writing. I finished this audio book in a day and a half. I just kept wanting to learn more. Nano Nagle does a wonderful job narrating this book. I so enjoyed her accent. I was gifted this book with the understanding I would leave an honest review.