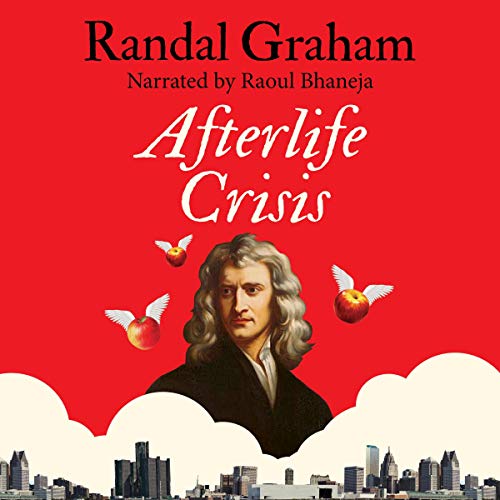 Where do you go after you die? Detroit.

Something’s rotten in the afterlife. At least that’s how it seems to Rhinnick Feynman, the one man who perceives that someone in the afterlife is tugging at history’s threads and retroactively unraveling the past. Doing his best to navigate a netherworld in which history won’t stop changing for the worse, Rhinnick sets off on a quest to put things right.

This would be a good deal easier if Rhinnick didn’t believe he was a character in a novel and that the author was changing the past through editorial revision. And it’d be better if Rhinnick didn’t find himself facing off against Isaac Newton, Jack the Ripper, ancient Egyptians, a pack of frenzied Napoleons, and the prophet Norm Stradamus. Come to think of it, it’d be nice if Rhinnick could manage to steer clear of the afterlife’s mental health establishment and a bevy of unexpected fiancées.

Undeterred by these terrors, Rhinnick recognizes himself as the Man the Hour Produced and the only one equipped to outwit the forces of science and mental health.

“Fans of wacky doings and zippy dialogue are sure to be entertained.” (Publishers Weekly)

“When I worked with Randal Graham at the Goodmans law firm he showed few signs of zaniness, let alone P.G. Wodehouse on steroids. But zounds he shows all of the above and more in the story of Rhinnick and Vera. We are all better for The Other Side of Randal.” (Bob Rae, 21st premier of Ontario and author of From Protest to Power)

What listeners say about Afterlife Crisis