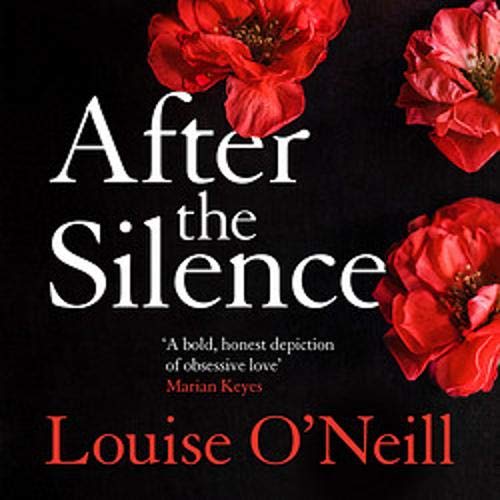 Nessa Crowley's murderer has been protected by silence for 10 years.

Until a team of documentary makers decides to find out the truth.

On the day of Henry and Keelin Kinsella's wild party at their big house, a violent storm engulfed the island of Inisrun, cutting it off from the mainland. When morning broke, Nessa Crowley's lifeless body lay in the garden, her last breath silenced by the music and the thunder.

The killer couldn't have escaped Inisrun, but no one was charged with the murder. The mystery that surrounded the death of Nessa remained hidden. But the islanders knew who to blame for the crime that changed them forever.

Ten years later a documentary crew arrives, there to lift the lid off the Kinsella's carefully constructed lives, determined to find evidence that will prove Henry's guilt and Keelin's complicity in the murder of beautiful Nessa.

In this bold, brilliant, disturbing new novel, Louise O'Neill shows that deadly secrets are devastating to those who hold them close.

What listeners say about After the Silence

Edge of the seat stuff, twisty, powerful... brilliant way of telling a tale as old as time in new way. Not only gave a insight to the terror of domestic violence but also give an almost Agatha Christie type who done it story. Some powerful thought provoking lines that will stay with you for a long time. Performance was good also right tone, pace, voices for a slow burning can’t stop listening novel

No positivity or engaging characters in this unremittingly grim book. Save your time and buy something else. Far too bleak and a rip off of the podcast West Cork.

The way the story is written is irritating. It seems intent on shoving well meaning messages about domestic abuse down the readers throat jn a way that seems patronising with little skill. Characters are one dimensional and the narrator was incredibly irritating. She could not pronounce several words and slipped from poor accent to poor accent including a very Oirish accent

Impossible to put down! Fantastic Irish characters anyone could know. A must read. Highly recommend.

Captivating until the very end!

Louise has written a fantastic thriller but also highlighted so well how coercive control can occur so seamlessly The intertwining tales of the murder and the marriage keep you engaged until the very end. Beautifully narrated.

I never write reviews but this has earned it with its bland story line and woeful narrator.

I am listening to this book, and enjoying the story, but this narrators accent is taking being me. The book is set in west Cork, and her accent veers from Dublin to a really broad Midlands accent, both of which are a very long way from west Cork. There are some Irish words and sayings in the story, and her pronunciation of these are really atrocious. I am not fluent in Irish, but I am finding this really annoying, and a little insulting. If you are going to speak the Irish language, could you not use the language correctly?

This book is so beautifully written with a story that is totally engrossing and keeps you guessing until the end. The characterisation is wonderful and it tackles the issues of domestic abuse and controlling relationships with such sensitivity. This multi layered masterpiece is enhanced by its narrator and totally draws you in.

Once I started this book I couldn’t stop listening.. and it deserves every award.

As the cold evenings are coming in and you are stuck at home .. this will get you through.

This story contains too many stolen facts from Sophie Toscan Du Plantier's murder for my liking. Also it's too long-winded, unoriginal and just boring.