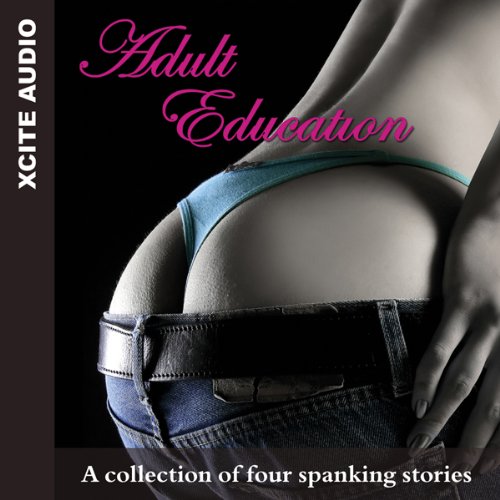 'Adult Education' by Elizabeth Coldwell: A life-long good girl, Amanda finally decides to rebel when she struggles with an adult maths class. Behaving in a way to make even the most rebellious teenager blush, it’s only a matter of time before her teacher, Andy, has to take measures to discipline her.

'Victoria Pleases her Headmistress' by Angela Meadows: Victoria is summoned to see Madame Thackeray, the headmistress of the Venus School for Young Ladies, where a broad education is dispensed to the pupils. Her most recent assignment was not entirely successful, and so she has to face her punishment - which is an education in itself.

'Noisy Neighbours' by Teresa Joseph: Being the building manager for a university dorm turned out to be more of a challenge than John realised. The girls in the all-female accommodation had no respect for hard-working folk like himself who wanted to sleep at night. After a month of torment he decides to take control and give the girls the well-deserved disciplining they need.

'A Taste of Punishment' by DMW Carol: 'Taking my online flirtation with the luscious Nick was something I’d been looking forward to for a long time. But he was going to have to learn that I’m always going to be the one in charge and a nice firm spanking was top of my list for dessert.'

What listeners say about Adult Education