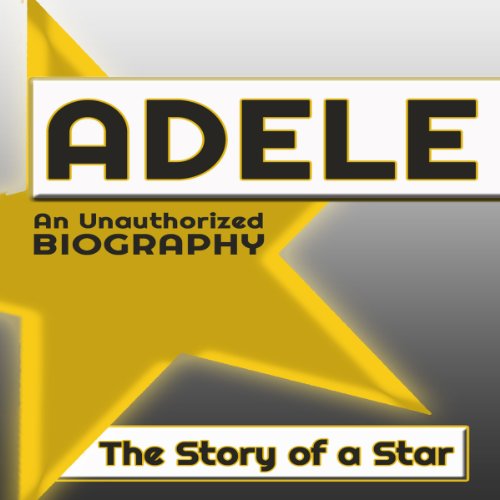 By: Belmont and Belcourt Biographies
Narrated by: Loren Henderson
Try for £0.00

Adele Laurie Blue Adkins is at the top of her game in both the US and the UK, breaking records for sales and number one status on all the major charts. Her performances are refreshingly authentic and she is known for having no qualms about wearing her heart on her sleeve for her audiences. But just who is Adele and where did she come from?

Fans have said that she has a knack for capturing how they feel, portraying their emotions and experiences exactly. Yet, the singer-songwriter is known for having written so many of her songs with minimal influence - sometimes penning the lyrics within a matter of minutes. How does she do it?

This book takes you through Adele's life, starting with her childhood in Tottenham, North London to her 2012 Grammy and BRIT Awards. Having made her name in the music industry at an international level, this book also explores whats next for this next-generation superstar.

What listeners say about Adele: An Unauthorized Biography