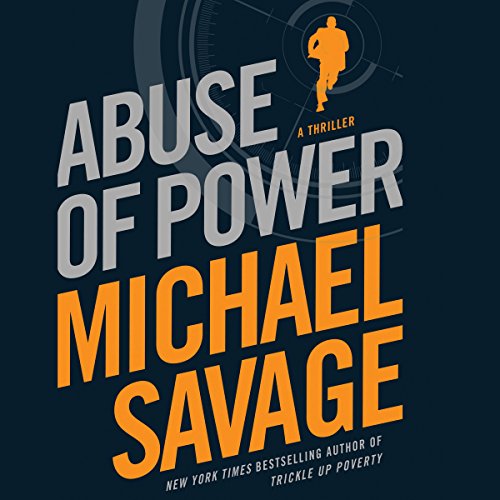 By: Michael Savage
Narrated by: Peter Larkin
Try for £0.00

Jack Hatfield is a hardened former war correspondent who rose to national prominence for his insightful, provocative commentary. But after being smeared as a bigot and extremist by a radical leftist media-watchdog group, he ultimately loses his job and finds himself working in obscurity as a freelance news producer in San Francisco.

One afternoon, Hatfield is on a ride - along with the SFPD bomb squad - when a seemingly routine carjacking turns deadly, after police find several pounds of military-grade explosives in the jacked car. And when the FBI urges Hatfield to stay out of it, he knows he’s onto something big.

This event will open up a shadowy trail that leads Hatfield from San Francisco to Tel Aviv, London, Paris, and back again, as he works with a stunning Yemeni intelligence agent and a veteran Green Beret to expose a terrorist group known as the Hand of Allah - and a plot within the highest corridors of power that will dwarf 9/11.

In this lightning-paced first thriller, spanning the globe from Europe and Israel to the back alleys of San Francisco’s Chinatown, a reporter must make the choice between protecting his own life and investigating a terrorist cell whose goal is nothing less than total political control - no matter what the cost.

What listeners say about Abuse of Power

Now that the Left has checked in....

The three reviews I found here after listening to "Abuse Of Power" were so slanted it seems they are obviously politically motivated. Their leanings are showing.

I found the story gripping and not easy to put down. The narrator, Peter Larkin, I think did a fine job, very entertaining.

Michael Savage has two large followings: those who love him and those who don't.
We are reviewing his book not him. If you were expecting to listen to a vanilla novel with no political comment you purchased the wrong book.

And why is Audible only showing these three horrible reviews? This is not representative of the 38 people that reviewed the book.

Felt this was an excellent book with a fast moving plot and very representative of the times.

Where does Abuse of Power rank among all the audiobooks you’ve listened to so far?

One of the best audio books I have heard.

What was one of the most memorable moments of Abuse of Power?

The detial of the encounter wiht MI6 in Londaon

The golden gate bridge at the end of the book.

no, I commute so I listen during my trips back and forth to the office.

Abuse of Power is a great book...

...but be warned that there is some content that those who will not appreciate some of the descriptions in the book. There are descriptions of intimacy that verge on romance novel. I personally think it would have been better written without those parts, but the story had some great twists that kept me guessing. There were points were there was over description, but I tend to be very critical in that way. The average listener who wants a good mystery and thriller will enjoy this book I think.

A very good story. Some graphic sex but otherwise, 4star rating because of this. a great story line that probably has some basis in fact.

What did you love best about Abuse of Power?

The pacing and discriptions are great.

What was one of the most memorable moments of Abuse of Power?

The night club in the UK.

The night club in the UK.

I highly recommend this book. Every one I gave this book to they have been impressed. The reader reads it well.

Kept interest all the way throughout. Going to the next in series.... thumbs up here

I did enjoy the characters and the narrator's performance very much. I also like the parallels to the author's real world experience. The jabs at ne'er do wells, habitual capitulators and career politicians are not too subtle yet still darkly delicious. Very well done IMHO.

Michael Savage is one of the the best story tellers of our time. Go Donald Go!

the story felt a little bit slow to start but it is not long before it picks up speed and then once it gets to the top it's like you're going downhill without brakes!