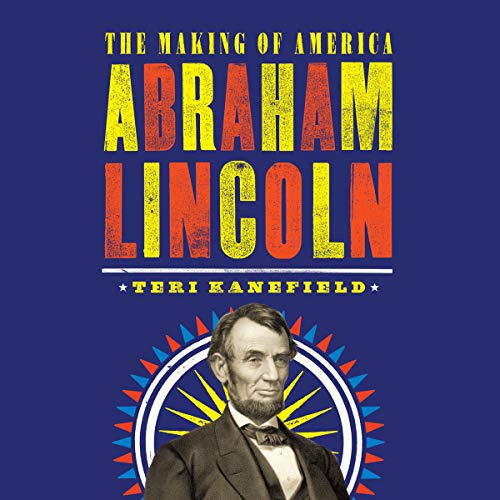 Born in a cabin deep in the backwoods of Kentucky and growing up in a family considered the poorest of the poor, Abraham Lincoln rose to become the 16th president of the United States. As president, he guided the United States through the Civil War, helped end slavery in America, and strengthened the federal government.

This third installment in the Making of America series - a series that goes beyond individual narratives and links influential figures to create an overarching story of America's growth - continues the story of the first 100 years of America's constitutional history, a story that began with Alexander Hamilton and Andrew Jackson.

The story is wonderful and has been told in many different ways. The reader does a great job and is easy to understand. I also believe the book is well written. I’ve two concerns that cause me to not like it. One; this story has been told before and the way it was told was not unique as far as I could tell. The second is that it presumes factually without evidence that the racist in Democrat party switched to the Republican Party in the 1960’s when Kennedy signed some legislation. I believe that even if true, this has no relevance to Lincoln’s story of triumph and that the real truth is that more people in both parties have come to believe that all men are created equal as Lincoln did. Therefore, because I believe that a smaller percentage of Americans are racist now than in Lincoln’s time, I obviously disagree with the author even though I do believe the author is very talented.