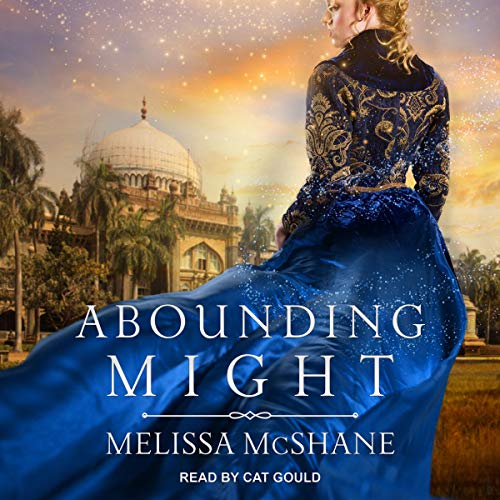 By: Melissa McShane
Narrated by: Cat Gould
Try for £0.00

Lady Daphne St. Clair, who as an Extraordinary Bounder is capable of transporting herself anywhere in the world with a thought, has longed to serve in the Army for years. But an unexpected weakness at the sight of blood makes her responsible for a good man's death in battle. Unable to serve on the battlefield, Daphne is sent to India to be transportation for the Governor-General's wife and children. In disgrace, Daphne fears she will never achieve the fame and glory she has worked so hard for.

A chance encounter with Captain Phineas Fletcher, attached to the Honorable East India Company as a troubleshooter and investigator, leads to Daphne being given a new opportunity: help Captain Fletcher discover the truth behind a series of strange occurrences in the town of Madhyapatnam. Daphne is willing to do anything to restore her reputation, even something as small as Captain Fletcher's investigation. As the days progress, her attachment to the members of the team grows deeper, as does her growing attraction to the captain.

But as Daphne and Captain Fletcher dig deeper into the mystery, the truth turns out to be much more sinister than anyone imagined. Soon, only Daphne's talent and courage stand between Madhyapatnam and the evil that threatens to overwhelm it.