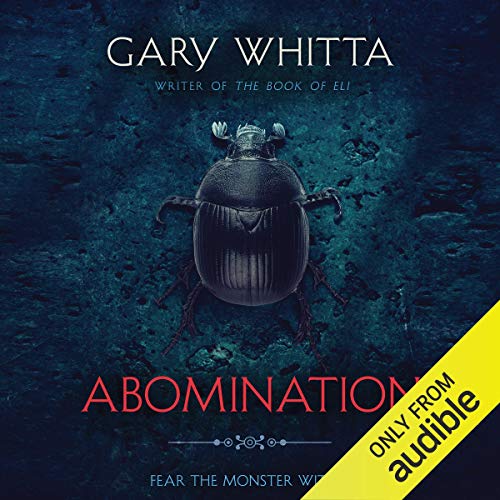 He is England's greatest knight, the man who saved the life of Alfred the Great and an entire kingdom from a Viking invasion. But when he is called back into service to combat a plague of monstrous beasts known as abominations, he meets a fate worse than death and is condemned to a life of anguish, solitude, and remorse.

She is a fierce young warrior, raised among an elite order of knights. Driven by a dark secret from her past, she defies her controlling father and sets out on a dangerous quest to do what none before her ever has - hunt down and kill an abomination...alone.

When a chance encounter sets these two against one another, an incredible twist of fate will lead them toward a salvation they never thought possible - and prove that the power of love, mercy, and forgiveness can shine a hopeful light even in history's darkest age.

The story told here is pretty basic and predicable. I won't go into details, I don't want to spoil things for you.

With the matter of predicability out of the way, what you have here is an enjoyable adventure, nothing more, nothing less.

The story was interesting enough to keep me listening throughout but was predicable and a little shallow. The conclusion was unsatisfying - it smacked of deus ex machina - and the writing had echoes of a film script rather than a book.

standard 'good' and 'properly written' story. interesting premise but plot was the same as a hundred others.

narrator didn't use enough voice variety to differentiate between characters for my tastes.

Initially the story was a bit slow and little action, but it took a couple of chapters for me to get pulled into the characters. Once the characters got fleshed out you are hooked. It is always amazing getting pulled in primarily by a character's thoughts and words rather than their actions.

usually I am not one to read, watch, or listen to anything scary but this is one story that kept me hooked and waiting to unravel all is secrets. A very excellent read, the best I've had in a while!

Could be worth it

Slow-paced and predictable but includes interesting subjects. The story could've been much more grand.

This book stated off really well. Good world building and a good element of mystery.
Without getting into spoilers, the story went off the rails and became very corny and predicable.