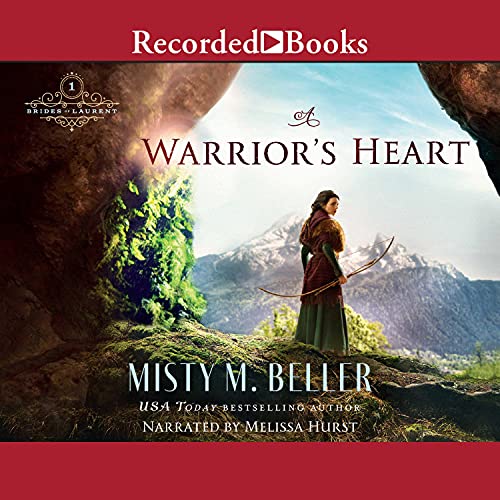 By: Misty M. Beller
Narrated by: Melissa Hurst
Try for £0.00

Brielle Durand is a key defender and hunter for her people's peace-loving French settlement in the Canadian mountains. When a foreigner wanders too near to their secret homes, she has no choice but to disarm and capture him. She won't allow another massacre like the one that killed her mother a dozen years before. But now, what to do with this man who looks at her in a strange way?

Evan MacManus was on assignment to find among the caves the mineral pitchblende that might help America win the War of 1812. Despite being taken prisoner, Evan is determined to complete his mission. But when that assignment becomes at odds with his growing appreciation of the villagers and Brielle, does he follow through on the promise he's made to his government or take a risk on the path his heart tells him is right? Either choice will spell death for someone.

What listeners say about A Warrior's Heart

I genuinely love historical fiction and I'm not usually as critical as some other readers...Yet I felt compelled to write review; this book was unimaginative and uber religious. There was some attempt to have lovable characters but there was no Arc development as well as an attempt to be somewhat descriptive of the area and historical period but it was weak. The author also laid on the religious stuff pretty thick especially in the later part of the book. It was a bit much and I'm in no way an atheist.