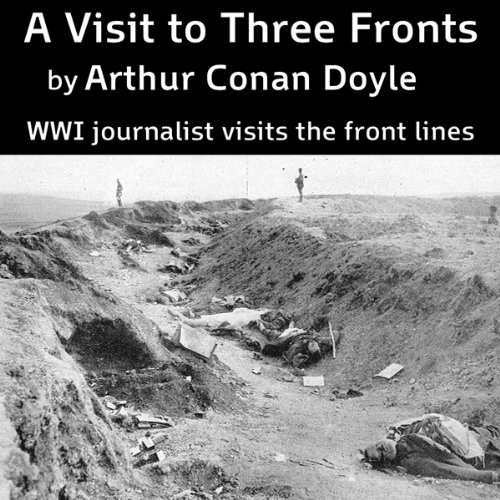 A Visit to Three Fronts

FNH Audio presents an unabridged reading of Arthur Conan Doyle's nonfiction book A Visit to Three Fronts. Written in 1916 during the peak of the First World War this book follows Mr Doyle as he visits first the British, Italian, and finally the French sectors of the front. He meets with everyone from the highest national generals to the lowliest of frontline troopers. Although a work that can be classified as mid-war propaganda, it does offer some very interesting insights into the British mind-set at this time of the war. The text reveals that the Italians were at this point of the war on the back foot and under pressure from the British public to perform better. It's also fascinating to realise that the British "stiff upper lip" was alive and well as shown when the author feels that he shouldn't show any emotion in front of foreigners. It also includes an interesting anecdote where a French general seems to think Sherlock Holmes is a real person.

What listeners say about A Visit to Three Fronts