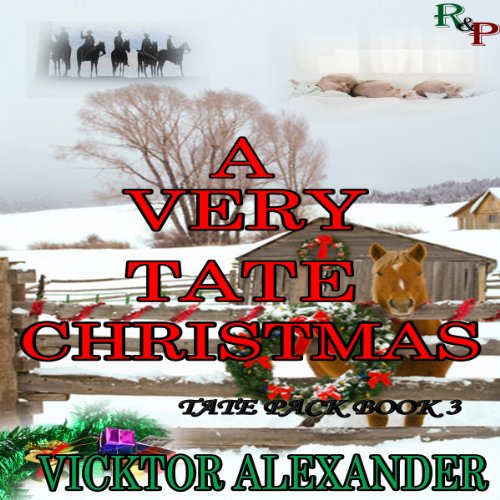 By: Vicktor Alexander
Narrated by: Sean Crisden
Try for £0.00

Tommy Wilkins has always loved Christmas. Not just because he loves to dress up as a very naughty elf, but because it seemed as if Christmas was the time of year when everyone was happy and went out of their way to make others happy. So with that thought in mind, Tommy sets out to make this Christmas the best Christmas that the Tate pack has ever had.

But it seems as if one thing after another goes wrong. First, there's no Santa Clause in the decorations and Tommy has to... bribe... Ton into agreeing to play Santa. Then Richard sprains his ankle practicing a dance for the big Christmas show. Michael's fingers are broken when he goes to help Richard and now he can't sign the words to the Christmas carols. And Alex loses his voice and won't be able to sing. Tommy really wanted to give the Tate triplets a fabulous first Christmas, but it seems like all the forces of the Earth are plotting against him and he's just about to throw in the fabulous bejeweled rainbow towel when Calvin, one of the cowboy pack members, shows up with his mate. His very abused, very skittish, very deprived mate, Maurice.

Now Tommy has to make sure that Christmas happens for the pack because Maurice needs to learn how truly loving and accepting, the Tate pack family really is.

What listeners say about A Very Tate Christmas

Others may find the subject matter and presentation satisfactory. I was offended. There should be greater disclosure in the description of books. Had this been my first buy, it would have been my last and I would have cancelled my subscription.