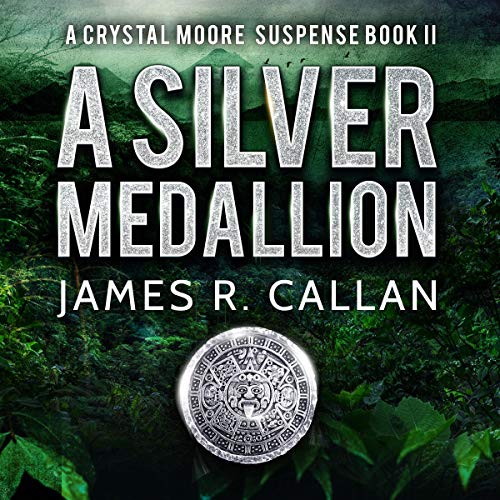 Young, bright, unadventurous Crystal Moore comes face-to-face with slavery in today’s Dallas, Texas, in 2015. A woman is held, not by chains, but by threats to her two small children left behind in Mexico. Should she escape, or even tell anybody of her situation, her children will be killed.

Crystal would like to walk away and forget she ever heard this. But her conscience won’t let her. Her parents were killed when she was just seven. She knows the heartache these children suffer. She can’t sleep without hearing the cries of the two young girls and their mother.

Crystal knows the woman will never try to escape as long as her children are held hostage. Crystal realizes the only way to free her is to go to Mexico and rescue the girls first, for only if they are safe will the mother ever be free.

Crystal goes to Mexico and secures the help of the mysterious Juan Grande. After several abortive attempts, they rescue the children and spirit them to safety. Crystal returns to Dallas and is now able to help the mother escape. Soon, the mother and children are reunited.

But now, two powerful and ruthless men want Crystal dead. It will be up to Crystal and her 76-year-old feisty grandmother to deal with the killers.

"A Silver Medallion, the second title in the Crystal Moore Suspense series, reads like a gold-medal thriller from page one.... Crystal emerges as a compelling heroine with a big heart and bold personality..." (Critic's report, BookLife Prize in Fiction)

What listeners say about A Silver Medallion

I read A Silver Medallion several years ago and kept the book planning to read it again. Then along came the audible version and I enjoyed it while doing all those mundane housekeeping tasks that must be done. Crystal Moore is the courageous woman I would like to be. We, Crystal and I, challenged a slaveholder in Dallas, Texas, then traveled to Mexico to rescue hostages being held by a man with absolutely no morals or hesitancy to killing those who displease him. A hair-raising adventure from the safety of your home is the way to go.
The detailed descriptions of Puerto Vallarta and the climb into the mountains in a rescue attempt are so vivid I could paint them if I had a smidgen of artistic talent.
As mean as the bad guys are, there is no offensive language or scenes that would cause anyone to blush. I recommend this novel to anyone enjoying a female character that refuses to let the villians win.