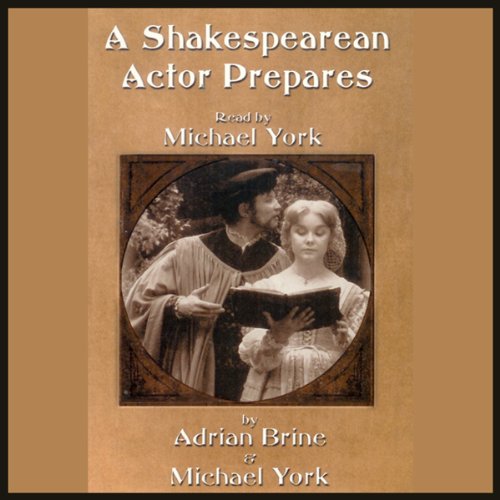 There is no general consensus about how Shakespeare "should" be played. There are no rules. But, while the Bard created superhuman characters and placed them in situations that stretch the imagination to its limits, he also provided his actors with the keys to playing them.

In A Shakespearean Actor Prepares, actor, director and teacher Adrian Brine teams up with celebrated actor Michael York to reveal these keys. In pointing out sources of energy in Shakespeare's plays, they make it possible for an actor to galvanize his fantasy - and liberate his talent. Shakespeare knew more about the art of acting and the art of theater than any other playwright. Discover his secrets in this remarkable guide.

"Both Brine and York smoothly blend together their considerable experience and expertise through practical commentaries on language, verse, and soliloquies and an intriguing chapter on Stanislavsky, from whose seminal acting text, An Actor Prepares, the title is taken." (Library Journal)
"Actors may find the book valuable for honing their craft, while lovers of literature will enjoy its intelligent close readings of Shakespeare's words." (Booklist)

What listeners say about A Shakespearean Actor Prepares

Excellent guide to acting Shakespeare and reading the text. Michael York's readings are wonderful. This book helps us to understand Shakespeare as a dramatist. I think that it is easy for scholars analyzing the text to forget that the playwright was making a living and was writing for an audience, producers, and censors (being politically correct) in much the same way as a modern screenwriter. This book is useful to not only actor's, but anyone who wants to read and enjoy Shakespeare's
plays more.