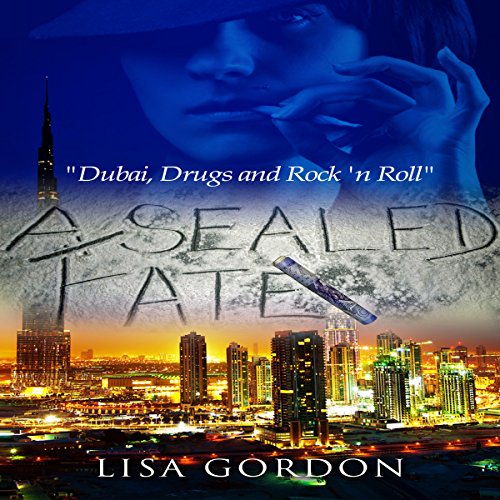 A chain of tragic deaths across Dubai spanning two decades. Only Valda knows they were not accidents, but murders. Her name is next on that list.

Spunky singer Valda ditches her old life in Cape Town for a new start in glittering Dubai. Armed with just her cigarettes and some attitude, she sets about reigniting her career and putting to bed the heartache over her former boyfriend Richard.

Valda does indeed find success, and to her astonishment, love, but all is threatened when she is introduced to a billionaire sheikh. Her clandestine liaison with the sheikh propels her into a murky web of deceit, and when newspaper clippings of seemingly accidental deaths across Dubai are posted anonymously to her, it is clear she is rushing headlong into the same fate. No one dares cross the sheikh and she can hardly hardly turn to the law, so with few options open she confides in Larissa. As an astrologer, Larissa predicts that Valda and the sheikh's destinies were sealed from the moment of their first meeting; however she keeps the dire fate that she reads in the charts a secret. Lara resolves to help Valda flee Dubai and the ever-tightening grip of the sheikh; but should Valda be putting all her faith in her new friend and guru of the grimoires?

Together, Valda and Larissa take a gamble in a game of cosmic Russian roulette where the stakes are their lives, and their adversary, Fate itself.

A thoroughly modern cocktail of intrigue, passion, and suspense set against the exotic locales of Cape Town and Dubai with an eclectic mix of characters, a perfect beverage if you like a tangy lemon peel in your drink as this one has a twist at the end too, but you'll have to listen to discover it.

What listeners say about A Sealed Fate

If you could sum up A Sealed Fate in three words, what would they be?

What other book might you compare A Sealed Fate to, and why?

The author has an independent cross-genre voice.

Have you listened to any of Lisa Gordon’s other performances? How does this one compare?

No, I am not aware of any other audio books by this writer and reader.

Yes but it is quite a long recording.

The author-reader has a distinctive if cultured South African accent which draws the listener into a story which is set in Dubai. The SA heroine Valda takes the role of Scheherazade and she is telling a story for her life. Sultry, sexy, as hot and mysterious as the desert. I don't want to give the plot away but maybe I would have gone for a different ending. But this is merely a preference and probably the result of coming to believe that the female characters were actually real and alive. So much so I wanted to meet them and find out if Valda has the same delightful voice as Lisa.

Lisa Gordon reveals that as well as a creative and dramatic novelist, she has a great future as a narrator. Her South African accent makes a refreshing change from British or American English, and she manages characterisation of different protagonists exceedingly well.
The story is full of local colour and exotic locations and the cast of characters well drawn and believable.
If you close your incredulity at the almost Shakespearean bed trick or swapping of individuals, you won't be disappointed by the plot twists and shocking (and unexpected) dénouement.
A bravura first novel that justly won a crime writing award, Lisa Gordon is definitely a name to look out for. She deserves a publishing contract, but congratulations are merited for this self-publishing - and self-audiobook-publishing triumph.

Yes, makes a nice change as the narrator's voice is very strong and animated. The voice is easy on the ears, not harsh.

What other book might you compare A Sealed Fate to, and why?

It's similar to a Sidney Sheldon style ie If Tomorrow Comes.

Have you listened to any of Lisa Gordon’s other performances? How does this one compare?

Yes, it is quite compelling.

Fresh and a great change. Original and entertaining.