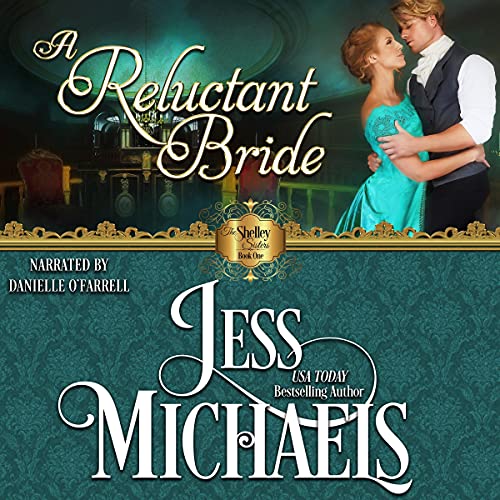 When the Jasper Kincaid, the Earl of Harcourt, offered to marry one of the infamous Shelley triplets, he was doing it for the dowry to refill his depleted coffers, not for anything so silly as love. But when he realizes it is Thomasina Shelley masquerading as his fiancée at their final engagement ball, not his true intended, a desire for her that he has been ignoring sparks. And when it becomes clear her sister has run away with another, an opportunity arises for a marriage with a much deeper connection.

Thomasina’s feelings for Jasper have never been appropriate, and she doubted the prudence of pretending to be his even for just one night. Once she’s caught, everything escalates so quickly. Suddenly she’s going to marry this stern, fascinating man who is not particularly pleased at her perfidy. Add to that her worry about where her wayward sister has gone, and it’s a recipe for both passion…and disaster.

As the two slowly grow closer, Jasper realizes his former fiancée’s disappearance may have more to do with his own past than he originally realized. And the longer he keeps that from Thomasina, the more painful it will be when the truth comes out. Can they let each other close enough to fight together against the dangers right around the corner? And will they survive to meet the future they could have if they do?

Heat Level: Put a fan in your cart now (you're gonna need it).

This is the first book in The Shelley Sisters series.

What listeners say about A Reluctant Bride

not worth the credit

I struggled throu this and couldn't even listen to the last 10 minutes of it.. the narrator is terrible and the content was mediocre...

Story line is Out of order

The last 19 minutes of the story is out of order. It’s about the wedding that took place more towards the middle. It was confusing.