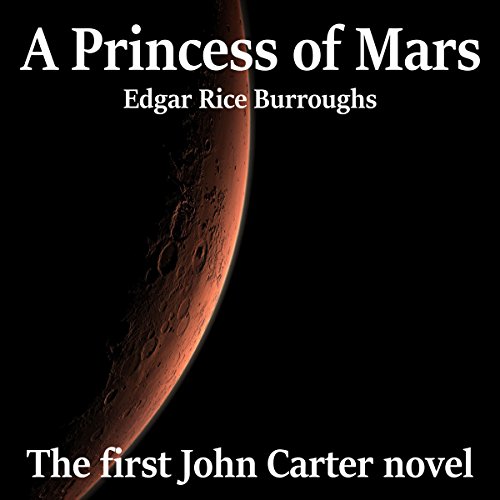 A Princess of Mars

FNH audio presents an unabridged reading of A Princess of Mars by Edgar Rice Burroughs.

When John Carter wakes up, he finds himself mysteriously transported to the planet Mars, where the people are constantly at war. In the lower gravity of the red world, John discovers his Earth strength makes him almost superhuman, able to leap huge distances and kill with a single punch.

In this classic tale of mighty men fighting with sword, pistol, and lance, Edgar Burroughs has created a fascinating world and a cast of characters you can easily fall in love with.

Nonstop adventure and high action draw you along on this roller-coaster ride where John Carter carries the fate of a world in his hands.

What listeners say about A Princess of Mars