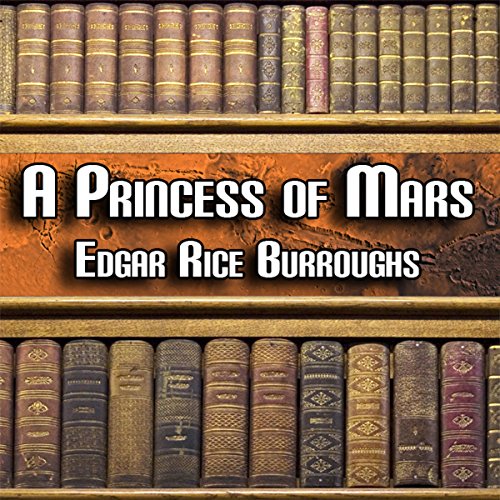 A Princess of Mars

A Princess of Mars is the first novel in Edgar Rice Burroughs's famous "Barsoom" science fiction series. John Carter, a Confederate American Civil War veteran is mysteriously transported to Mars, called "Barsoom" by its inhabitants. Carter finds that he has great strength on this planet, due to its lesser gravity. Carter soon falls in among the Tharks, a nomadic tribe of the planet's warlike, four-armed, green inhabitants. Thanks to his strength and combat abilities he rises in position in the tribe and earns the respect and eventually the friendship of Tars Tarkas, one of the Thark chiefs.
Public Domain (P)2009 Alpha DVD LLC

What listeners say about A Princess of Mars

After listening to "Tarzan" narrated by Jim Hill, and thoroughly enjoying it, this narration of another Burroughs book, "A Princess of Mars", made me wish it had also been narrated by Jim Hill instead of Peter Delloro. Mr Delloro's narration was histrionic with many mispronounced words. The narration distracted from the story. The story itself deserves 3-4 stars, but the narration is terrible.

Liked the story, loathed the narration.

The narrator sounded like he was doing a bad impression of John Wayne, which perhaps might have worked if he had pronounced all the words correctly. As it is, it's very hard to get engrossed into a story in which the narrator apparently doesn't know the difference between

Story was okay but the narration was terrible.

The story seemed dated to me. It was classic adventure but unfortunately, some "classics" just don't hold the attention of readers from the digital age. I recognize the story for what it is, but i look forward to seeing updates/improvements by either the movie or comic book adaptations.

As for the narration, I found the awkward cadence and unusual pronunciations of some words to be distracting at best, scene ruining at worst.

This would have been a difficult book to get into had I been reading it. Peter Delloro was a perfect match as the Narrator in my opinion. It was difficult to get into the first thirty minutes, however once there, Peter had me trapped! I am now addicted and working my way through the series.

a princess of mars

to this day, this is thwe best sci fi. tyhat got me started with my love for sci fi. the movie that is to be out in the march. show the world the talent of edger rice burroughs. tothis day john carter in my best loved hero of all the sci fi i have read to this day