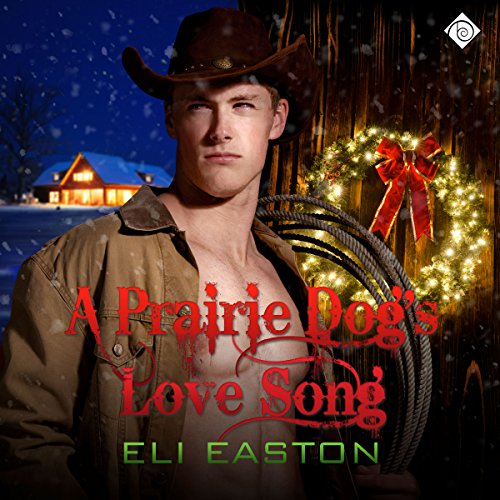 By: Eli Easton
Narrated by: Michael Stellman
Try for £0.00

Despite his longtime crush on Joshua, Ben won’t be as easy to tame as Joshua’s "lost cause" horses. It will take a lot of heart and holiday spirit for Joshua to convince Ben that even old prairie dogs can learn new tricks in the name of love.

A story from the Dreamspinner Press 2013 Advent Calendar package "Heartwarming".

What listeners say about A Prairie Dog's Love Song

Touching story of love coming through and a brave move for the owner of a ranch but it payed off finally, the only thing is you will want the story to go on.

Really enjoyed this book, the narrator really nailed the two main character's voices. As Joshua, he managed to deliver the struggle to put his thoughts into words, and as Ben, the middle point between innocent and sensual young-man-who-got-away.
Would have been 5 stars if it were just a bit longer and showed a bit more about the characters in the background, namely Chet and the other cowboys.

Not my favorite Eli Easton but it was decent

Gah! I'm so bummed. My first Eli Easton story that I haven't gone gaga for. I guess it was bound to happen sometime.

I think my main problem is that though the story was fine, I didn't actually care about any of the characters. I though that the switch from friends to lovers was way too fast with too little buildup. I didn't get to know these guys as people and I didn't care much about them as a couple. I like more slow build, more character development. I feel like I got just bits and pieces of that instead of something more complete.

As far as the narration goes, I think that Michael Stellman did a nice job. He didn't have a large range of voices but I liked his expressiveness and how he sounded age appropriate. I enjoyed listening to him and I would get another audiobook by him.

Overall, an easy listen but not what I expected from this author.

**Copy provided by the publisher in exchange for an honest review**

I read the ebook version several months ago and enjoyed it. But that was before I discovered Michael Stellman, so naturally I had to get the audio version as well.
This is a short story. And even though Ben is a porn star when the story starts, thee are no explicit scenes either with other characters or with Joshua. They do have a steamy make out session once Joshua decides to see Ben in Las Vegas. The HEA ending was perfectly sweet and fluffy. Will likely be listening to this one again during the holidays or anytime I feel like listening to something short with a narrator I enjoy and a decent cast of characters.
Michael Stellman did a great job narrating the story, even giving characters a Southern twang. I love his tone and pace during the narrative parts and dialogue.

As a guy who lives and grew up in Montana, this book is a way of life that still happens around here. I wish I could find love but it is rather hard up here. it is just to beautiful to leave such a beautiful place. the author did a great job writing this beautiful book

This is a really sweet listen about two cowboys coming to grip with their sexuality and their feelings for each other. No real surprises, not a lot of backstory, a little angst and a lot of sweet moments at the end. This narrator does a great job and really pulled me into the story. A enjoyable Christmas listen. Not worth a credit but great at under $5.00

I enjoyed this short book so much. It had a certain kind of sweetness to it. I would happily recommend it to others.

Josh's story more than a romance

3.5 Stars. This is a hard one for me. If I read it as just Josh's story then definitely 4 stars. We really got to know this character and I really liked him. I enjoyed watching him figure things out and work through what he wanted and how to go about getting it and living the life he truly wanted not the one he thought people expected. However, if I rate it as Josh and Ben's book then it's a 3 star book because I never really understood Ben all that well. I'm still not sure what motivated him to do porn or why he gave up so easily after he was outed. I wanted more of Ben's POV but for such a short book I can see why that didn't happen.

The audio could have been better - the narrator was just okay

I expected more from Eli Easton. The narrator didn’t do this Christmas story any favors, either. 2.75 stars

My rec? Read it (if you can find it); skip the audiobook.

OVERALL — So good for something so short! You'll love it. I'm gonna wanna listen again for sure. And since it's only 2 hours it will be no major time investment to do so.

PERFORMANCE — Michael Stellman put himself on my radar for narrators to look for. Has everything else he read been this fantastic? The distinct voices he used for the two main characters were perfect.

STORY — Such a wonderful, sweet story. And the flashback scene, early in the book, was perfect! It was the glue that held it all together. I loved this story more than I expected I would when I was simply looking for a quick, short read.

Quick little story about cowboys getting together in a convoluted way. Sweet story with decent narration

Great Story, wish it were longer