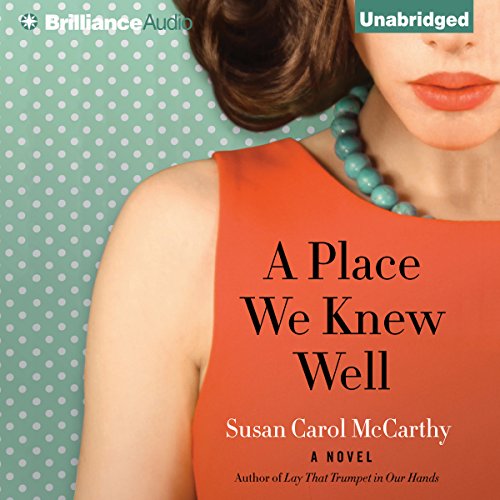 A Place We Knew Well

A Place We Knew Well

Late October, 1962. Wes Avery, a one-time air force tail-gunner, is living his version of the American dream as loving husband to Sarah, doting father to 17-year-old Charlotte, and owner of a successful Texaco station along central Florida's busiest highway. But after President Kennedy announces that the Soviets have nuclear missiles in Cuba, army convoys clog the highways, and the sky fills with fighter planes. Within days, Wes' carefully constructed life begins to unravel.

Sarah, nervous and watchful, spends more and more time in the family's bomb shelter, slipping away into childhood memories and the dreams she once held for the future. Charlotte is wary but caught up in the excitement of high school - her nomination to homecoming court, the upcoming dance, and the thrill of first love. Wes, remembering his wartime experience, tries to keep his family's days as normal as possible, hoping to restore a sense of calm. But as the panic over the missile crisis rises, a long-buried secret threatens to push the Averys over the edge.

With heartbreaking clarity and compassion, Susan Carol McCarthy captures the shock and innocence, anxiety and fear, in those 13 historic days and brings vividly to life one ordinary family trying to hold center while the world around them falls apart.

I really enjoyed this period drama and listened all in one go whilst sewing. It follows the everyday lives of Wes and Sarah who live in Florida during the Cuban missile crisis. The pace is steady as past family dramas are revealed and interspersed with the real life drama in 1960s America. I felt it was well written and thoughtful with nice period details. The characters were well drawn without being bogged down by too much description. It kept me entertained and the narrator was excellent as blended into the background so much that it felt like Wes himself was telling the story. I look forward to more by this author.

As a native of Central Florida, The story creatively reminded how the Cuban Middle Crisis directly affected our community. So many people and specific sites in Orlando were woven into a great story of our history and community. Thank you for sharing your story. KUDOS!!!

I liked it well enough...

...though it sounded much more interesting than it turned out to be. But considering all the drivel out there, it was not a waste of time at least.

I thought it would be a little more about the mother and daughter as well as Wes, but it was mostly about Wes, which turned out to be a good thing because the male audio narrator had such a deep voice that it was a little painful when he was doing the women's voices.

The structure also seemed a little random as to whose head we were in or whose story was being told.

Still, I wanted to keep listening and was never bored.