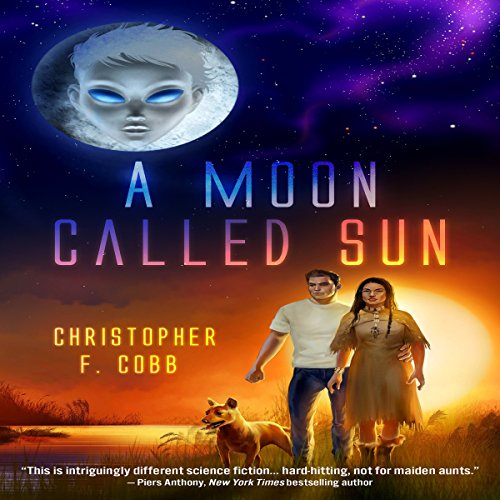 A botched alien abduction sends modern-day Trace Jackson to north Florida in the year 1818, where he meets a beautiful Seminole woman, and the two strike up a relationship. Unfortunately, Trace's distant ancestor, General Andrew Jackson, is hell-bent on driving out the Seminoles by whatever means necessary. Can Trace survive to fulfill his destiny in another dimension where time no longer has meaning, on a moon called Sun?

Really enjoyed this one

A very odd book from a standard sci-fi sense, but it was cleverly written. Was definitely a departure from the usual spaceship and alien battle stories that seem to be the majority of what is out there. I love that stuff, but it was interesting to just listen to something different for a change. Going to check out Cobb's other book too. Narrator was good, he is able to differentiate between character speech and his own voice pretty well, no real complaints there.