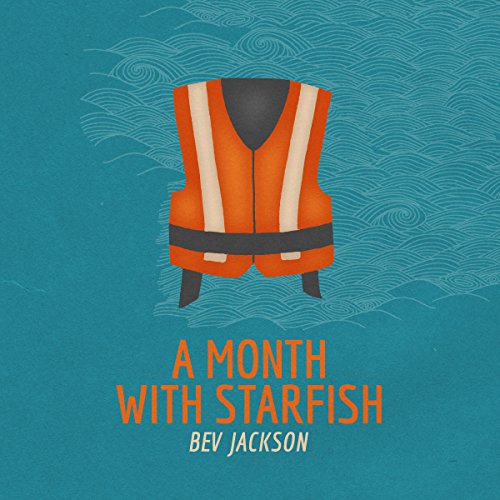 A Month with Starfish

Volunteering with Refugees on the Greek Island of Lesbos
By: Bev Jackson
Narrated by: Bev Jackson
Length: 3 hrs and 46 mins
Categories: Biographies & Memoirs, Memoirs
3 out of 5 stars 3.0 (1 rating)

A Month with Starfish

When Bev Jackson's holiday to India is cancelled in October 2015, she feels an odd sense of relief. She has spent months watching the arrivals of refugees in Greece and is dismayed at the lack of support from the European Union for people fleeing war zones. In 2015, a million refugees, most of them from war-torn Syria, Iraq, and Afghanistan, arrived in Europe. Well over half of them passed through the small Greek island of Lesvos. Bev and her wife decide to spend their month's holiday volunteering with refugees on Lesvos as members of Starfish, one of the volunteer groups helping to receive and care for people who have crossed the Aegean Sea from Turkey in search of safety.

A Month with Starfish is a largely light-hearted account of a trip to a kaleidoscopic world. In these surroundings, Bev finds that her professional talents are of little use and instead she needs to learn how to register dates of birth for people who use a different calendar and how to draw a decent tortoise on a bus ticket. Volunteering with refugees proves an astonishingly joyful experience: Bev meets some of the most compassionate and resilient people in the world, volunteers and refugees alike, and makes many new friends. Amid this varied cast of characters, she finds herself on a crash course in human possibilities and her own potential for change.

Beyond Bystander - Inside today's refugee crisis

Approachable, funny, honest. Bev Jackson takes us inside the refuge crisis to a place beyond her comfort zone (and ours). What if we were more than a bystander looking in helpless wonder at the refugee crisis on TV? Bev's response is to switch off the TV in helpless despair and "take the dogs for a walk." But what if ordinary people like us could reach through that TV screen and actually do something? When her month-long holiday to India is cancelled, Bev considers going to Greece instead, to Lesvos where hundreds of refugees wash ashore each day, in the largest refuge crisis since WWII. A skeptical friend inquires, "So you're going to be a disaster tourist."

Different from other books on the refuge crisis, Bev's transparency and self-deprecating humor leave us laughing at her shortcomings because they so resonate with our own. She invites us to wonder with her at the refugees' experience, the responses of local residents dismayed by refugees who hang their clothes to dry on the schoolyard fence and stand on their shoreline chilled, wet and in need of the most basic provisions. Bev invites us to wonder with her about the brave souls who have sacrificed everything (including the harsh judgments of neighbors) to meet refugees at the coast with a bottle of water and welcome, to wonder how we might respond under similar circumstances. Offering no easy answers, no guilt trips or moral imperatives, a month with Starfish changes Bev and causes we, her readers, to wonder what our life might be like beyond bystander.