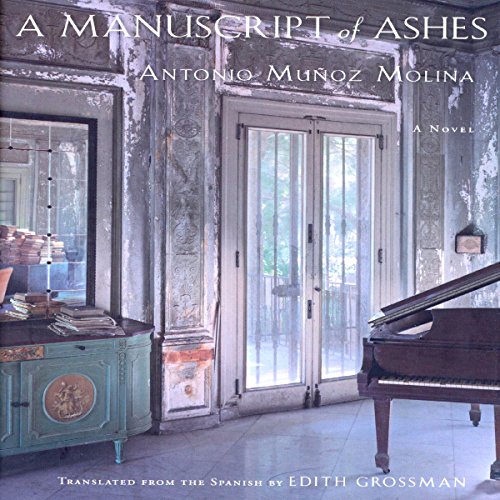 A Manuscript of Ashes

A Manuscript of Ashes

It's the late 60s, the last dark years of Franco's dictatorship. Minaya, a university student in Madrid, is caught up in the student protests, and the police are after him. He moves to his uncle Manuel's country estate in the small town of Mgina to write his thesis on an old friend of Manuel's, an obscure republican poet named Jacinto Solana.

The country house is full of traces of the poet's notes, photographs, journals - and Minaya soon discovers that, 30 years earlier, during the Spanish Civil War, both his uncle and Solana were in love with the same woman, the beautiful, unsettling Mariana. Engaged to Manuel, she was shot in the attic of the house on her wedding night. With the aid of Ins, a maid, Minaya begins to search for Solana's lost masterpiece, a novel called Beatus Ille. Looking for a book, he unravels a crime.

"Already a contemporary classic, this work...is an enigmatic gem in the very best metafiction tradition." (Library Journal)
"This is a brilliant novel by an important writer unafraid of ideas, emotions and genuine beauty. 'A Manuscript of Ashes could be pleasurably read out of appreciation for any one of those qualities - or, perhaps, for the intricately plotted mystery that bears the novel's characters along like travelers on a dark, treacherous river." (Los Angeles Times)

The narration of this book is good but it requires a few 're-takes' at first until one becomes accustomed to the longer sentences that are beautifully constructed.

I want to read this book in print now to really savour it but the audiobook is a great way to capture the characterisations which are very good.

The writer switches between viewpoints of different characters and different points in time so that we get a shifting perspective and a really facinating story about an interesting time in history and literature.

Definitely one I will re-read and highly recommended.

What disappointed you about A Manuscript of Ashes?

Very difficulty to understand the reader. With his accent, it was impossible to distinguish names and you lost the thread of the story and which character was being discussed.

Would you be willing to try another one of David DeSantos’s performances?

If you could play editor, what scene or scenes would you have cut from A Manuscript of Ashes?

Since I was unable to finish it, even though I listened to the first 10 chapters more than three times, I can not answer that question.

I would love to know what the story was about.