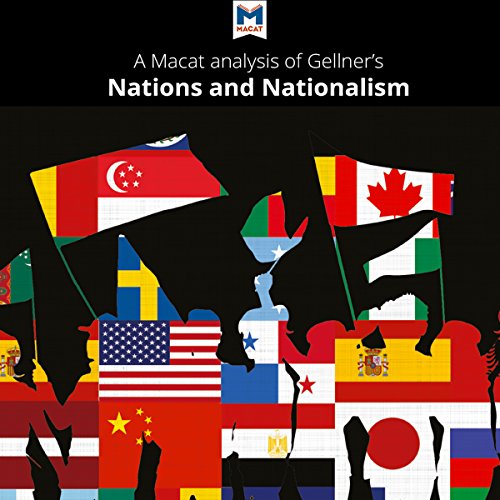 A Macat Analysis of Ernest Gellner's Nations and Nationalism

A Macat Analysis of Ernest Gellner's Nations and Nationalism

By: Macat
Narrated by: Macat

In his 1983 book Nations and Nationalism, British-Czech intellectual Ernest Gellner put forward a theory of nationalism, explaining that the concept of nation is not in fact an ancient notion, as we might first imagine. Rather, it is a modern idea born out of the seismic social and cultural shifts that industrialization brought to the Western world.

Industrial society needed an educated workforce sharing the same culture and the same language - something much less important in the agricultural age. Gellner shows how the concept of nationalism - a political concept in which state and cultural boundaries match - follows from this new idea of nation. Gellner was well aware that "the idea of a man without a nation seems to impose a...strain on the modern imagination." But having witnessed firsthand the catastrophic effects of excessive nationalism - Gellner was a Jew who escaped from Czechoslovakia in 1939, after Hitler invaded - he was only too aware of the dangers of believing nationalism was something all human beings should embrace.

I was happily surprised by 5he quality of the analysis. Looking for more of these.