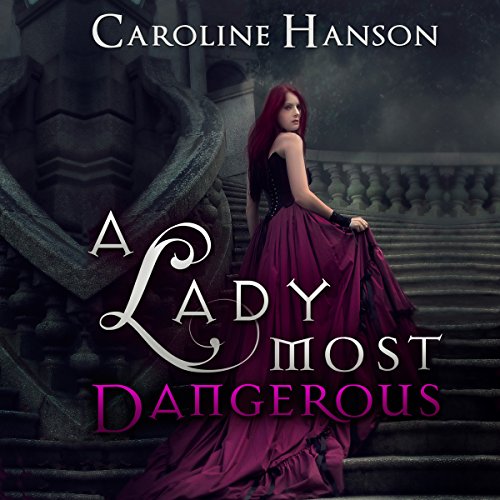 A Lady Most Dangerous

By: Caroline Hanson
Narrated by: Emily Woo Zeller
Try for £0.00

Helen Foster was saved from a watery grave by her BFF from the future and knows she's lucky to be alive. Sadly, she's not so lucky in love. Her blackmailed benefactor, Edward Clifton, the duke of Somervale, thinks she's dead. And Helen has to make sure it stays that way. But as Helen and her best friend, Mary, get charged with a new mission - save the Prince of Wales from assassination - avoiding Edward will be the least of her problems.

Edward Clifton has nightmares about Helen's death. Beautiful, infuriating, deadly, and with a vocabulary that would make a sailor blush, she was unlike any woman he'd ever known. And he failed her. Now he'll go back to being the rule-abiding, proper (and admittedly rather boring) duke he was born to be. But when Edward discovers that Helen might be alive and involved in a deadly quest, he must decide if he will let her go or risk everything to be with a lady most dangerous.

This is the second and final book in Helen's and Edward's story. This book includes sex, swearing, and historical liberties taken.

What listeners say about A Lady Most Dangerous

Not really a fan of Americans in time. but I really enjoyed this story. would like to see further adventures for the characters