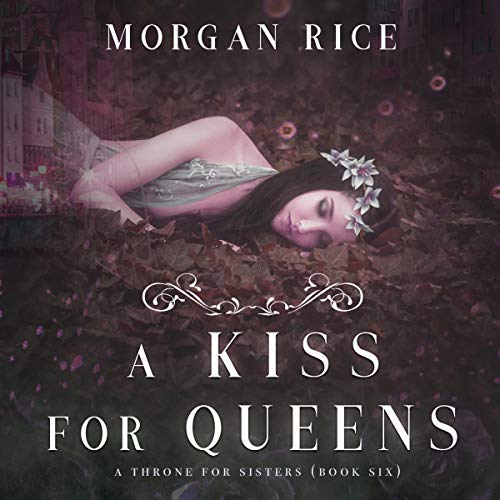 A Kiss for Queens

By: Morgan Rice
Narrated by: Kieran Flynn
Try for £0.00

In A Kiss for Queens, it is time for Sophia to come into her own. It is time for her to lead an army, to lead a nation, to step up, and be the commander of the most epic battle the realm may ever see. Her love, Sebastian, remains imprisoned and set to be executed. Will they reunite in time?

Kate has finally freed herself from the witch’s power, and is free to become the warrior she was meant to be. Her skills will be tested in the battle of her life, as she fights at her sister’s side. Will the sisters save each other?

The Queen, furious at Rupert and Lady D’Angelica, exiles him and sentences her to execution. But they just may have their own agenda.

And all of this converges in an epic battle that will decide the future of the crown - and the fate of the realm - forever.

A Kiss for Queens is book six in a dazzling new fantasy series rife with love, heartbreak, tragedy, action, adventure, magic, swords, sorcery, dragons, fate, and heart-pounding suspense. A pause-resister, filled with characters that will make you fall in love, and a world you will never forget.

What listeners say about A Kiss for Queens

I am liking the book. Morgan Rice is holding my attention as we progress through.

I ABSOLUTELY LOVE THIS SERIES!!!!

AWESOME IN SO MANY WAYS MORGAN RICE IS FANTASTIC THERE ARE MORE AUDIOBOOKS IN THIS SERIES 8 IN TOTAL BUT 7 ONLY RECORDED any missing ones can be found on scribd incase Audible is missing any:)


I am a huge fan and her work is always PHENOMENAL. I so thrilled that shes finally continuing a new vampire series!!!!!! This was an automatic purchase for me instantly!!!


Update:
I listened to all of her Vampire journals book 1 through 12 but unfortunately they were out only over more than a year ago on Scrib why that was I was stunned because I always thought Audible got the audiobooks first but now over a year later she being Morgan Rice the author has begun today JAN 27TH 2021 releasing prerecorded and released to other platforms which is upsetting because she never told me and I'm a huge fan of hers so if I had not had Scrib at that exact time last year and seen her books all recorded for Vampire journals I would just now be catching up that upsets me endlessly.

Second,
I still haven't seen anything on her other series called throne of series but guess what I did a search on Googleplay or bookmate (7.99 way cheaper cancel in 3 days owe nothing) instead of google play so now I have to to do bookmate which is what I listening to right now which is book 8 a throne of sisters not released as of yet on Audible either what is going on !!! ?)