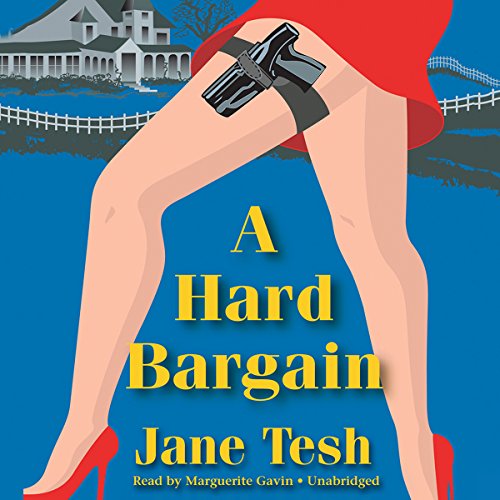 By: Jane Tesh
Narrated by: Marguerite Gavin
Try for £0.00

After solving her first big murder case in the small town of Celosia, North Carolina, Madeline Maclin hopes at last to be taken seriously as a private investigator. She has opened an office in the home of her best friend, Jerry Fairweather, a man haunted by his past who enjoys running harmless scams. Jerry doesn’t feel worthy of anyone’s love, which is bad news for Madeline.

Secretly, Madeline has questions about the accident that killed Jerry’s parents and suspects that Jerry’s sister Harriet knows more than she’s willing to admit. But for now, Madeline is occupied with finding Kirby Willet, an eccentric inventor who left behind boxes of his belongings, including one filled with money. Meanwhile, the town is hopping with “Pageantoids”, rabid fans from Madeline’s days as a beauty queen who have come to Celosia to produce more pageants. And then there’s Rick Rialto, one of Jerry’s shady con-artist friends.

Josh Gaskins, the director of Voltage Films, is also in town and thinks Jerry’s old house is the perfect setting for his horror film about Celosia’s mythical beast, Curse of the Mantis Man. When there is a murder on the set, Madeline uncovers several suspects and is forced to investigate some hard bargains - at least one of which is with Jerry.

About the author: Jane Tesh was a school library media specialist in North Carolina for 30 years. She retired to write and is the author of several plays and two mystery series.

“After solving her first murder case in 2006’s  A Case of Imagination, former North Carolina beauty queen and budding PI Madeline ‘Mac’ Maclin is swamped with three mysteries…Tesh does a good job of juggling the various subplots.” ( Publishers Weekly)
“The former beauty queen wants the people of Celosia, North Carolina, to take her seriously as a private investigator…Things start to heat up when Madeline is hired to find eccentric inventor Kirby Willet, who left a box of money in Frannie Thomas’ house. Then…Madeline finds herself in the middle of a murder case. Fans of Joan Hess’ Maggody series will be happy to find a new sleuth on the screwball southern cozy beat.” ( Booklist)
“A former beauty-pageant regular reinvents herself as a private eye in the little town of Celosia, North Carolina…Tesh spins an intriguing, wryly amusing tale of a beauty queen trying to get respect.” ( Kirkus Reviews)

What listeners say about A Hard Bargain