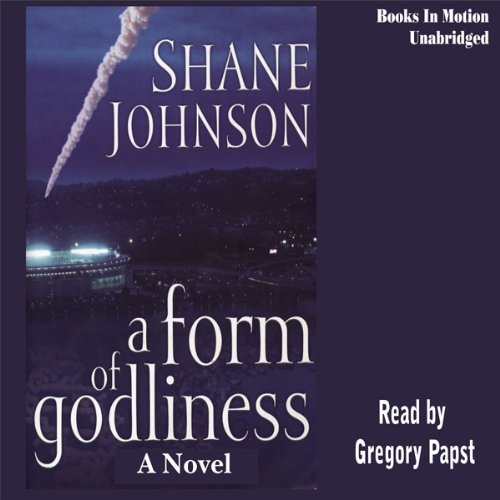 A Form of Godliness

A Form of Godliness

In a world long since reshaped in the wake of 9/11, Matthew Bridger, President of the United States, Bryson Lawe, a Secret Service agent, and Karen Foley, a Christian activist, must face the atrocity the American dream has become. Life has lost its value, deception is epidemic, and in a nation of more than three million square miles, there is no room for God. As a Russian oil embargo jeopardizes American petroleum reserves, a massive terrorist strike forces the United States to withdraw its support of Israel.

Finally given their long-awaited opening, enemies of the Jewish state attack, igniting a war that threatens to sweep the globe. Amid the escalating chaos, Bridger, Lawe, and Foley race to uncover the truths that will secure their survival...and that of America itself.

I read along with the paper back love the dramatic way it was read. I recommend this book.