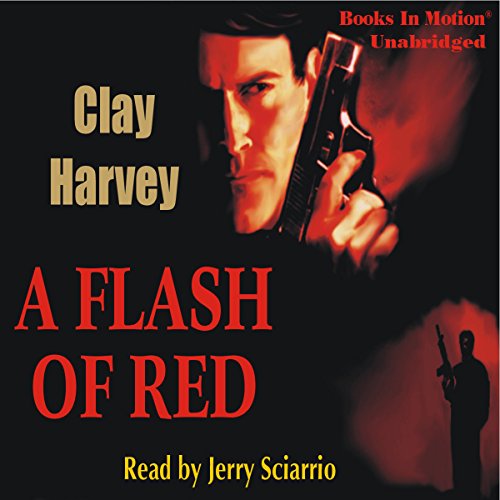 Tyler Vance, widowed father of four-year-old Cullen, pulled his truck onto a bank parking lot in North Carolina. An armed robber exited the bank, pointed his gun at Vance, and ordered him out of the truck. Vance responded in the only way he knew how - as a trained killer, whose deadly precision kept him alive 20 years ago as a special operative.

With a blinding flash of instinct and trained reflexes, Vance pulled a gun on the bank robber. With one fatal shot he incurred the wrath of an organized crime family, and now his future is far more dangerous and brutal than any of his past experience. He's now targeted for execution, and so is his son.

What listeners say about A Flash of Red

This book was a great surprise read. Reminds me of the reacher series in the way it flows. I look foward to more by this author.

This book could be improved with a different reader . . . but not by much. The reader seems to delight in emphasizing the smugness of the narrator, who's already too smug for words. I won't be listening to the rest of this: it's an assault on my patience to listen to such nonsense. The reader is unfamiliar with words like 'deprecating,' which he pronounces 'depreciating'; the author is unfamiliar with the concept, as there's nothing deprecating about the protagonist at all.
As far as 'right-wing' goes, the protag is a weird mix of reactionary family-values stalwart who nonetheless makes fun of Gingrich and homophobes. None of it is really believable, though, doesn't comprise a real character: he's more a mix of role-plays the author envisioned while scheming up assorted triggers for the malleable man to respond to in smug ways.

Imagine being trapped in a car with an Amway salesman. His car, where you're trapped by circumstances . . . and he's going to make you an Amway salesman by the end of the ride or kill you trying.

I totally agree with Paul's review. Should have read that before purchasing this book. Won't be reading any more of his books.