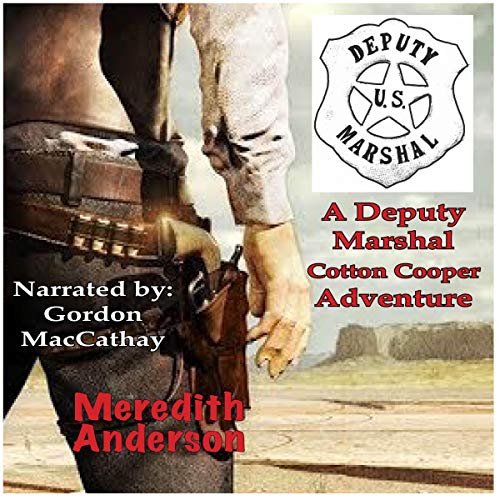 By: Meredith I. Anderson
Narrated by: Gordon MacCathay

The tree that Cotton Cooper was sleeping under as an infant was struck by lightning. As a result, his hair is white (the color of cotton). He is a young man now, but his reflexes are ultrafast. He hears better and sees sharper than the average person.

He travels west to visit his brother Paul, who is a captain in the cavalry at Fort Laramie. While visiting, his brother gets orders to take a company of men and help 600 Pawnee Indians move south to the town of Pawnee in Indian Territory.

The Pawnee were hated by the Sioux. The Pawnee were hunting on the disputed hunting grounds along the Republican River, when around a thousand Sioux warriors set off for the Pawnee camp to make a quick attack and prevent the Pawnee from striking first. As a result of this slaughter by the Sioux, a large part of their tribe asked the Bureau of Indian Affairs to move them to Indian Territory, so they could join the Pawnee tribes that were already there.

Cotton is befriended by the Indians, hunts buffalo with them, and fights the warlike Kiowa with them. One adventure leads to another in this exciting story that moves this young man from tenderfoot to deputy US marshal and on to special agent for the Wells Fargo express company.