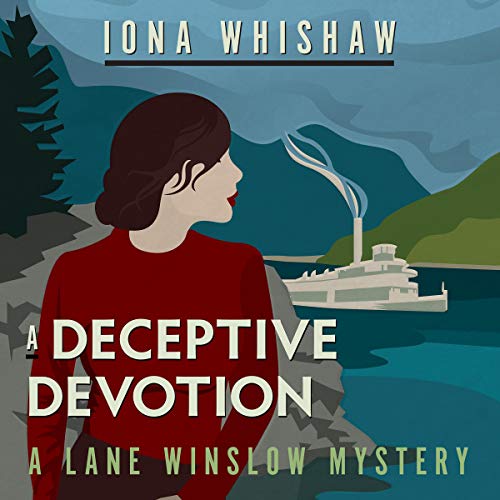 By: Iona Whishaw
Narrated by: Marilla Wex
Try for £0.00

Wedding bells, a grisly murder, and a defecting Russian spy bring drama to King’s Cove in the newest Lane Winslow mystery, a series that the Globe and Mail calls “terrific".

A wedding is on the horizon for Lane Winslow and Inspector Darling. As one of the few Russian speakers in her community, Lane is obliged to act as translator and hostess for Countess Orlova, an elderly Russian woman who has tracked her missing brother to the Nelson area. Nelson PD investigates, but then the murder of a lone hunter in the hills above King’s Cove takes top priority.

Darling works the case with a Constable Oxley - a newcomer to the area, assigned in Constable Ames’ temporary absence - and a British agent contacts Lane to warn her to be on the lookout for a fleeing Russian defector. Bound by the Wartime Secrets Act, Lane is conflicted about keeping the information from Darling, especially when it begins to put a strain on their relationship.

Fans of Maisie Dobbs and the Kopp Sisters will delight in this rousing adventure of intrigue and espionage.

“Whishaw spins an engrossing tale of murder, Russian assassins, British spies and local Canadian constabulary while deftly braiding the many story threads into a twisty plot in A Deceptive Devotion.” (Shelf Awareness)

“A nostalgic look at postwar Canada melds with a riveting tale of old and new Russia as its deeply nuanced characters lurch from one dangerous situation to the next.” (Kirkus Reviews)

“Another fantastic entry in the unique and compelling Lane Winslow series! Filled with intrigue, deception, twisted loyalties, and a touch of romance, readers will stand up and cheer.” (Anna Lee Huber, author of the Lady Darby Mysteries and the Verity Kent Mysteries)

What listeners say about A Deceptive Devotion