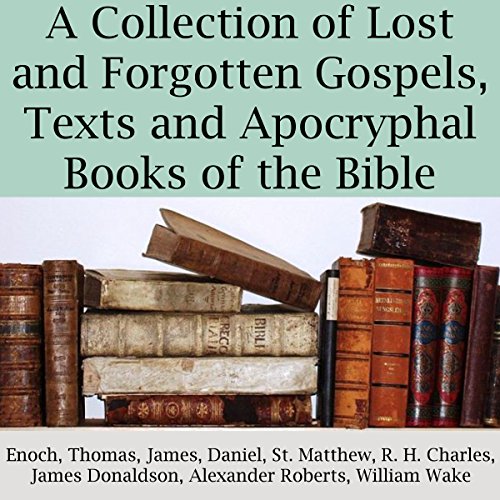 A Collection of Lost and Forgotten Gospels, Texts and Apocryphal Books of the Bible

This is a collection of 14 works of biblical apocrypha for students of lost Christian writings. The Apocrypha are a loosely knit series of books, written by early vanguards of Christianity (covering the eras of both the old and new testaments), which comprise somewhere between about a dozen to several hundred titles, depending on whom you ask and how that person defines the word Apocrypha.

A small selection of these can still be found included in the Catholic bible, while a majority of the books in question, were abandoned by church officials in the early centuries of Christianity. Many of these apocryphal books were originally considered canon by early followers of Christ, in the first four centuries following his birth. It wasn't until the meeting of the Council of Nicaea that Emperor Constantine and a group of roughly 300 church bishops gathered together with the goal of defining, standardizing, and unifying an otherwise splintering Christianity, that many of these writings ceased to be included in the newly established canon.

What listeners say about A Collection of Lost and Forgotten Gospels, Texts and Apocryphal Books of the Bible

Worst narration of all time!

after a few hours of listening I gave up. the cadence and reading quality of the narrator made the book almost impossible to listen to. The female narrator was better than the male but both made listening very difficult

These books are a must read if your wanting to know more be more and live more in the truth...