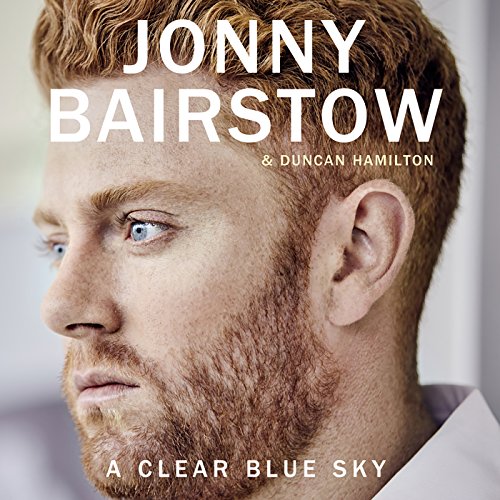 By: Jonny Bairstow,Duncan Hamilton
Narrated by: Paul Tyreman
Try for £0.00

An emotionally rich, moving and nuanced memoir from the Yorkshire and England wicketkeeper.

As a young boy of eight, Jonny Bairstow was dealt a cruel blow. His father David 'Bluey' Bairstow, the combative and very popular wicketkeeper and captain of Yorkshire, took his own life at the age of 47.

David left behind Jonny; Jonny's sister, Becky, and half brother, Andy; and his wife, Janet, who had recently been diagnosed with cancer at the time of his death. From these incredibly tough circumstances, Jonny and his family strived to find an even keel and come to terms with the loss of their father and husband.

Jonny found his way through his dedication to sport. He was a gifted and natural athlete, with potential careers ahead of him in rugby and football, but he eventually chose cricket and came to build a career that followed in his father's footsteps, eventually reaching the pinnacle of the sport and breaking the record for most Test runs in a year by a wicketkeeper.

Written with multiple-award-winning writer Duncan Hamilton, this is an incredible story of triumph over adversity and a memoir with far-reaching lessons about determination and the will to overcome.

What listeners say about A Clear Blue Sky

Thoughtful and moving, Johnny interweaves his cricket story with his dad’s. He talks about his dad’s suicide with honesty and an amazing lack of self-pity. It is an inspiring account of becoming ‘stronger in the broken places’ as he says. It appealed to me because I didn’t know much about his dad, and wanted to know more, as well as being curious about how the death of his father might have affected him.The human content re handling grief and loss would make the book appeal to more than just cricket lovers, though the compassionate cricket lover will appreciate it best. The co-writer seems to have add slightly flowery descriptive bits which Jonny may not feel is quite ‘him’, but don’t let that put you off!

Fantastic book best one I have ever listened too

If only this had been told in his own words

The over-flowery ghost written prose lets what is a compelling story down. I found it disappointing. Tyreman’s performance contains all sorts of mispronunciation and is placed emphasis.

If you like cricket this gives you a small insight to that world. Johnny discussed his fathers death very open and honestly, and the impact it has had on his life and his cricket. I felt I met a different Johnny than the one I see on my television screen. I thoroughly enjoyed the contents of this book - his passion for cricket, his family and Yorkshire is not hidden in any way

A poignant and enthralling Biography

A must listen to for all England Cricket fans. An incredibly moving journey for all the Bairstow Family and close friends. Thank you Jonny and the people who worked on this book for sharing your amazing story with all of us

Great read, unbelievable story! Unthinkable to think someone could go through what he has and still become a great sportsman. Testament to yourself and your family. It’s great you’re sharing this for the wider public who may also be going through such a thing and to carry on plugging away.

Jonny Bairstow is an incredible young man, you don't get anywhere in this world with talent alone and he's shown an enviable determination to get to where he is now. A fantastic journey so far, I look forward to reading/listening to his next book when he recounts all of his ashes triumphs!!